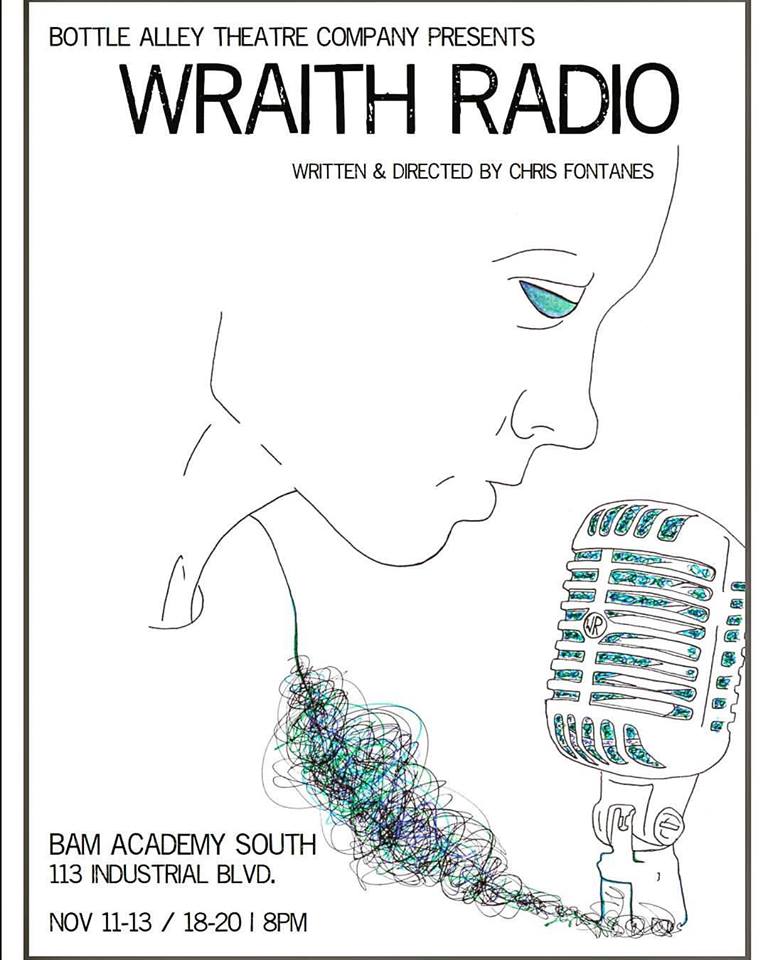 In the summer of 2012, Bottle Alley Theatre Company was born in the weird and beautiful city of Austin, Texas. Our first show was entitled Stage. Our first season was entitled Prologue, which is defined as an "introductory section." Hello, we were trying to say. This is what you can expect in the future. Stage was set at an infamous venue called The Broken Neck, a warehouse on Austin's eastside, seemingly abandoned from the street-view. A former skatepark and then an occasional underground DIY punk venue, the warehouse was unconditioned, covered in broken glass and grafitti, and mosquitoes came up in droves from the swampy marshland in the back through broken in windows. Amongst the carnage, we felt at home. We sweated and scraped by. The sole bathroom didn't have a light and a hornet's nest was entrenched in a corner. We asked for money then too. Our budget for that entire show was $500 which we got from Kickstarter. We spent it on far too many chairs than we needed, lights, printed programs and posters, and bug spray. Lots and lots of bug spray. Our first night we had twenty-something people show up. Our next night (a dark and stormy night) we had six. You can read a very nice review of it here: https://ctxlivetheatre.com/reviews/review-stage...

The Broken Neck is gone now. It is a screen-printing company now. So many of our venues are gone as well - Eponymous Garden, where we staged our most famous show, is now a historical shell. Grayduck Gallery has moved from South 1st. Our creative home, Sessions on Mary, is thankfully still around and will be hosting another production company's play soon. Salvage Vanguard, where we once spent an afternoon, learning about puppets, is likewise gone. The Austin theatre community rightfully claims that there is a shortage of performance venues and rehearsal space and they are absolutely right. The number of plays produced seems like it is steadily decreasing. It is harder now than it was when we first began in 2012. Yet we are still here. It feels like we have always been here. We find increasingly odd spaces - a private residence, a barn, a collection of cardboard boxes - and we perform. That is what we do. Our newest offering takes place in a collection of small rooms where no one has ever performed. Our next production will take place in a farm, where likewise no one else has ever performed. If we can say that we are good at one thing, it is being resilient and persisting in our mere existence despite the odds being ever stacked against us.

Which brings us to Wraith Radio

My name is Chris Fontanes and I am the Producing Artistic Director of the Bottle Alley Theatre Company. I hate asking for money. I hate it. I pride myself on being resourceful. My training was almost the exact opposite of so many of my colleagues. Instead of being taught about traditional theatre and acting techniques, I (along with some other amazing people) was given a set of the keys to the theatre. We were told that we could do whatever we wanted. But there was a catch: we didn't have any money. How do you do a play without any money? Well, you learn. You make due. You figure out how to do it or else you have no play at all. It was this DIY approach that made me feel so at home at The Broken Neck all those years ago, and it is this same mentality that I carry with me now and always.

I usually self-finance my productions. I work at a food truck during the day. I live paycheck-to-paycheck. I'm self-finance part of this. I do this without complaint because, at the end of the day, I love this dark world.

And then life happens. A tooth gets infected. It needs surgery. They take a look. Further surgery may be needed. I don't have any insurance. You can pretty much figure out the rest from here. The funds that I put aside for self-producing this and the rest of the season are now suddenly called upon and needed elsewhere.

There has always seemed to be an interest in this kind of theatre that we do. Independent theatre. Experimental work. Found space. Whatever you want to call it.  Hopefully this interest is still there because this is our fourth season and we're really excited about it.

It is called Haunted

Okay, so here is what I need:

ANY AND ALL leftover funds shall be split evenly amongst the actors.

Okay, so about these perks....

Okay, so our history of perks is not good. I acknowledge this. Turns out that mailing things is HELLA expensive. So forget mailing things. Mailing is out. This time around there are a lot of perks that can be sent via email or can be watched online, for people who live out-of-state. However, be warned, that there are some special things that can only be enjoyed if you happen to live in the city or close by. However, with that being said, I will reach out to you personally to see if there's any equivalent that we can offer if you live out-of-town. These perks are HAPPENING, people. Additionally, there may be secret perks that you don't know about when you contribute!