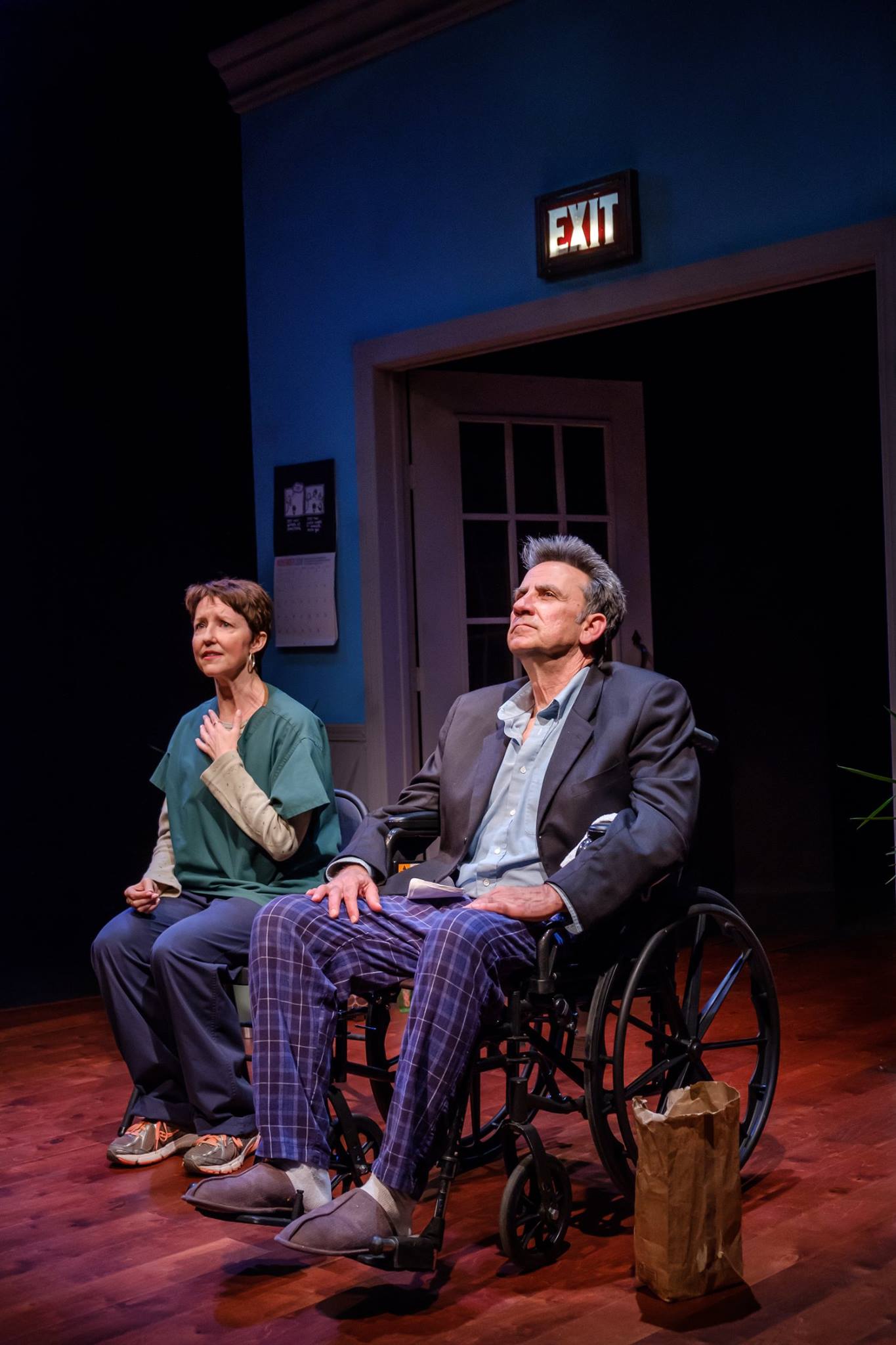 In an unprecedented partnership, The Catastrophic Theatre and University of Houston School of Theatre & Dance will co-present a visiting production of Will Eno’s WAKEY, WAKEY, created by Hyde Park Theatre (HPT) in Austin, TX. Through its lead character, a dying man named Guy, the play grapples inventively and honestly with the human impulse to keep expressing ourselves, even as we near our inevitable end. The result is joyous, surprising, frequently funny, and ultimately rapturous. WAKEY, WAKEY offers a kind of
spiritual bookend to Eno’s Pulitzer Prize-nominated one-man show THOM PAIN (BASED ON NOTHING), staged by Catastrophic in a 2016 production that the Houston Press called “a searing lesson in how life is messy and
wonderful and sucks from time to time.”

HPT Artistic Director Ken Webster directs the show and stars as Guy alongside co-star Rebecca Robinson. WAKEY, WAKEY is presented in a limited run at the José Quintero Theatre at the University of Houston School of Theatre & Dance. 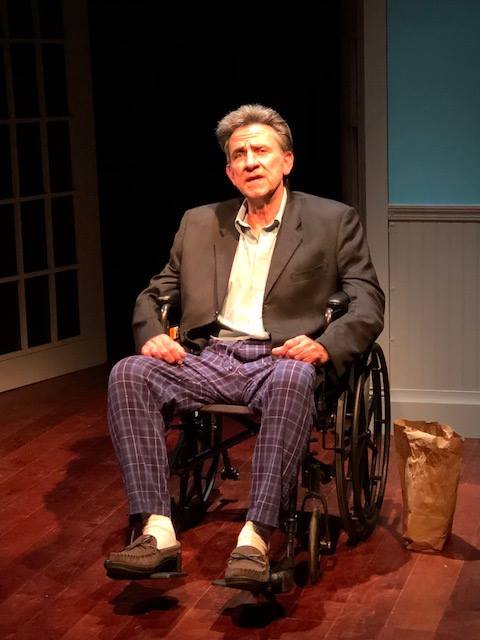 Tickets are $2 off for students, seniors, military, and Austin Creative Alliance members).

Purchase tickets at www.hydeparktheatre.org or call 512-479-PLAY (7529) for reservations. 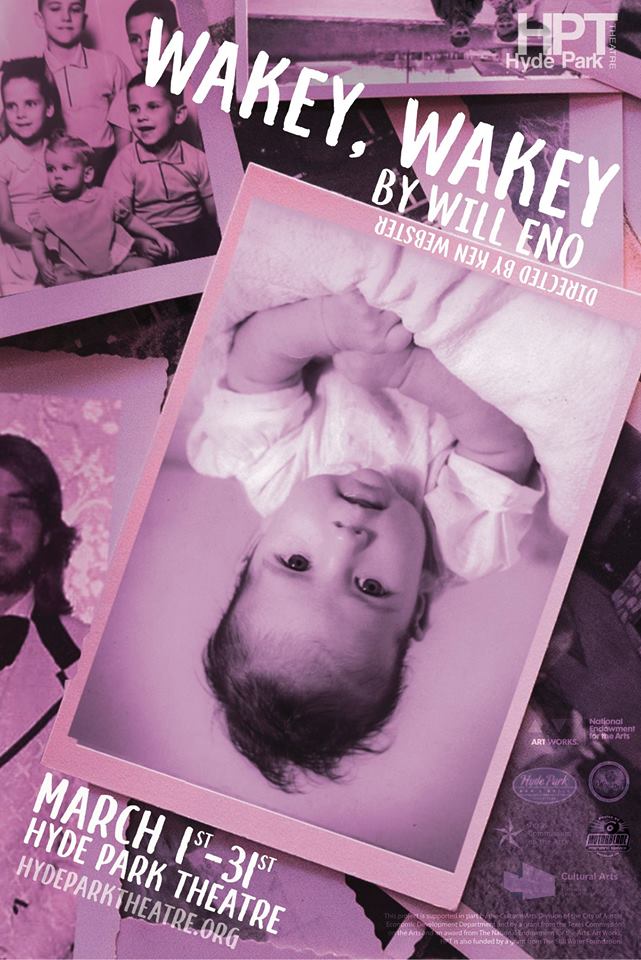