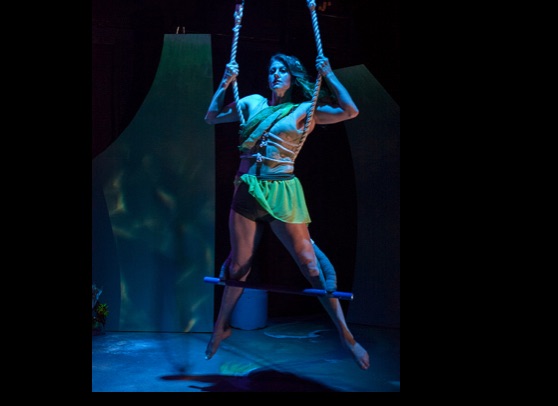 Review: The Tempest - An Aerial Tale by Renaissance Austin

Renaissance Austin’s Tempest with its largely mute Ariel and ranting Prospero doesn’t offer many pear-shaped tones but makes up for that with spectacle and surprise.

It helps to know Shakespeare’s plot before you attend the Renaissance Austin/Sky Candy production of The Tempest. Lorella Loftus’s adaptation cuts a lot of text to reduce playing time to just over two hours including a 15-minute intermission. Aerial gymnastics on silks, rings and trapezes take a lot of stage time and don't necessarily advance the story. She also makes significant modifications. As a framing device an aged Prospero meditates in his library ... 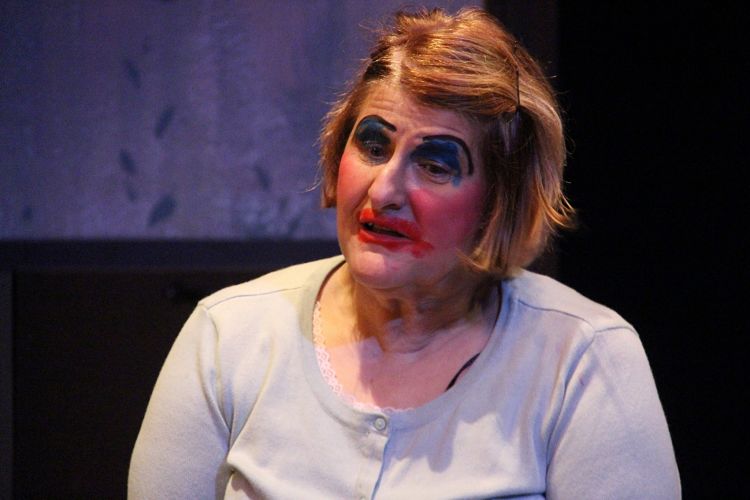 Underwood and Jambon give a terrible urgency to this text and concept. Fiercely intimidating, Jennifer Underwood applies Walsh's words like fileting knives. Karen Jambon reacts with the confusion and exuberance of a child uncertain if she's about to be whipped or rewarded.

Enda Walsh's The New Electric Ballroom is an astonishing achievement, both for the Irishman's text and Renaissance Austin's staging of it. This is theatre deep and dark and harrowing, art that stands with the best of Beckett, and it's right here in Austin for two weekends more.

Plain powerful language delivers images of a fishing village in remote Ireland. Walsh's wild imagining of the absurd places us inside ... 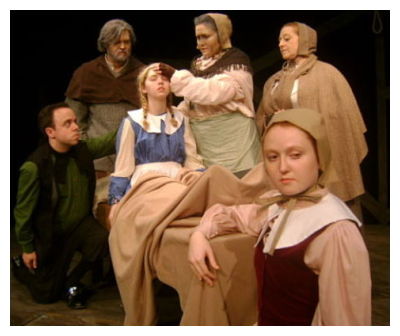 Review: The Crucible by Renaissance Austin

by Michael Meigs
Published on November 04, 2010

Miller's title has resonance for our own times. A "crucible" is a receptacle used for mixing materials at extremely high temperatures, as in a smelting furnace. In simplest terms, a "melting pot," for a nation in which that metaphor is more and more in question.

Arthur Miller's play The Crucible deals with dark and frightening times.  Though the setting is 1692 Salem, Massachusetts during the wide-ranging hunt for witches, this 1953 piece is equally an evocation of America's sudden dark fear of enemies in its midst.  Just years earlier, in World War II the Soviet Union had been considered a valiant ally; with the division of Europe, the threat of the atom bomb and the populist ... 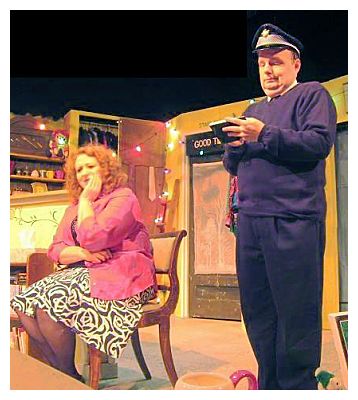 Lochhead writes a vigorous but gentle farce with these folks, giving us their very human sides while keeping us laughing. Lochhead's plot twists and misunderstandings are neatly calculated.

Scottish toffee comes to mind when thinking of this U.S. premiere of Good Things by contemporary Scottish dramatist Liz Lochhead. Sweet, chewy, rich and surprising, made with sugar, butter, Tate & Lyle's golden syrup and just a dash of vinegar.

Unlike English toffee, Good Things has no nuts. The characters are ordinary folk, for the most part, except maybe for Scottish Doris who haunts the "Good Things" thrift shop in search of the perfect bargain ...