With 100 PLANES Elizabeth Newman and Stephanie Moore have another found a challenging script, set in the unfamiliar world of female Air Force pilots in the mid-1990's.

The Mastrogeorge is a microtheatre -- maybe a nanotheatre -- just off east Cesar Chavez on Pedernales, tucked behind Blue Owl brewing. This performance space has folding chairs for an audience of about 15 persons. Though it's stark and small, resembling a draped concrete box, surprising things happen here. The facility is associated with the Carol Hickey Acting Studio, so the focus is on the acting, which can be of high quality.   Lila Rose … 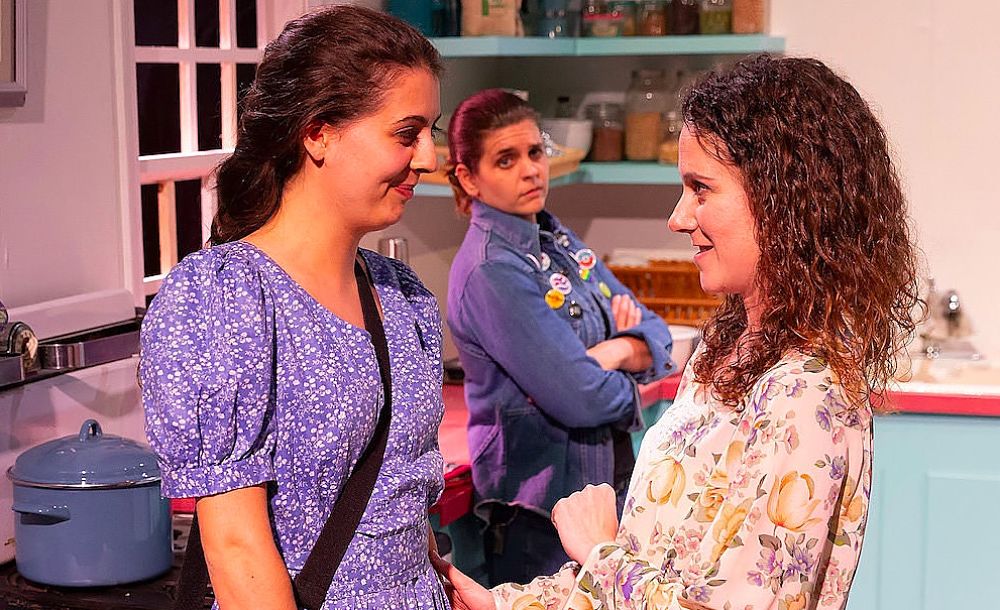 Review: When We Were Young and Unafraid by Filigree Theatre

by Michael Meigs
Published on February 15, 2019

Polemical but well crafted, Sarah Treem's script with its strongly contrasted characters, episodic construction and tidy plot is evidence of the playwright's success as a writer for television. Her message is clear.

Go back forty-six years with playwright Sarah Treem and the artists of Filigree Theatre, and you'll find yourself in an eerily different place and time. The unpretentious kitchen Chris Conard has crafted in the compact space of the Mastrogeorge Theatre looks pretty much like what you'd expect to find at a bed and breakfast out on an island close to the border with Canada, but you're seeing through a glass darkly. While St. Paul urged …