Fefu and Her Friends
by Filigree Theatre

Set in a country home in the 1935’s FEFU AND HER FRIENDS follows the lives of eight women through five different environments in the course of one day.  The audience is broken up into four groups to experience this original site-specific drama. Fefu and Her Friends was written by prolific Cuban-American playwright Maria Irene Fornés. Written and produced in 1977, the play is known for its unique staging style and an all-female cast. The play is regarded as feminist, with its attention toward gender roles and the struggle against female stereotypes, revealing different levels of loneliness, isolation, and entrapment within the confines of a woman’s role at the time.

“A wonderful, important play.” —Susan Sontag
“Fornés is America’s truest poet of the theater.” —Erika Munk
“An extraordinary play of uncommon insight and wit.” —Los Angeles Herald Examiner
“One of the most powerful plays written about the mysteries and shared hallucinations of the female experience.” —L A Weekly


CINDY: is a little unsure how to deal with Fefu, who is a dear friend.  She’s going through a divorce, but doesn’t open up about her own feelings.


CHRISTINA: is new to this circle of friends and only knows Cindy and Julia. Christina prefers to conform—to not stand out or be involved in conflict.


JULIA: is wheelchair-bound following a mysterious hunting accident. She now suffers from petit mal seizures, where the person loses consciousness for a few seconds.  She has hallucinations, wrought with guilt and tormented by imaginary judges. These imaginary judges hold her accountable for deviant thoughts and behavior and the slightest misstep brings further pain.


EMMA: is dramatic, enjoying wearing elaborate dresses and costumes.  She is boisterous and outgoing and  wealthy.  A performer.  However, despite her extroverted behavior, Emma has keen insight into their personalities;  at the same time she does not reveal her own true emotions.


PAULA: is n educator, she is less well off than her wealthy friends but has come to the conclusion that she is no less happy. Paula and Cecilia had a romantic relationship that has recently fizzled out.


SUE: is an educator, helpful, playful and domestic.  She is a ‘feminist-in-hiding’.


CECILIA: was formerly in a relationship with Paula, she blows hot and cold toward her as a way to maintain control of their relationship.

Notes & Info:
.    Please include resume with application. Sides will be emailed upon audition time confirmation. Hard copies will be provided at the audition. 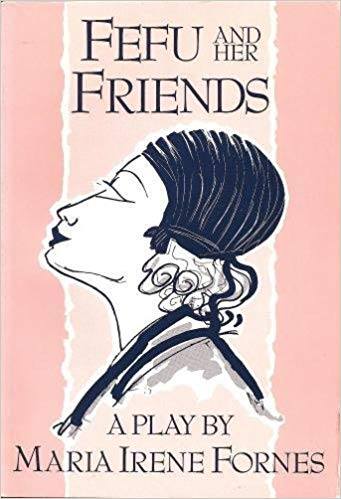