Theatre en Bloc has installed a jolting unpredictable time machine in the 'pony shed' at the Vortex, that orphaned little structure that's at the foot of the drinking deck and adjacent to the outdoor stage. Announced capacity is 15 persons, all classes of seating combined, from donors to regular admission types to the unmonied but curious who pay nothing. Director Jenny Lavery and company exercise some compassion and ingenuity, however, and Sunday evening's 8:30 p.m. performance tucked some additional cushions into the corners and brought attendance up to about 25. 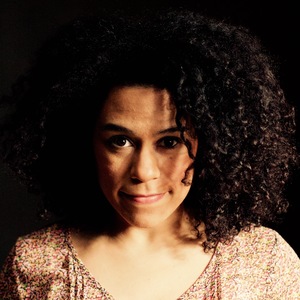 The company stages Tanya Barfield's 2015 Bright Half Life in the round -- or, more accurately, in the square. Krystal Gonzales as Vicky and Marina DeYoe-Pedraza as Erica constitute the entire cast.  Over the course of 70 minutes they fling you about most of a lifetime in unpredictable chronological jolts, repeats and instants of intense feeling. The 30-word-version is that Vicky and Erica met in a New York city office, courted, married, had twin girls, divorced but raised the children to adulthood and came back together to face an illness. Playwright Barfield constructs that tale wildly out of sequence.

Fear of heights, fear of falling and fear of failure are themes set sharply against the anger and frustrations of living long term with someone else.

Like that work, Bright Half Life is a close examination of the conflicts and indecisions of the heart. Barfield creates vivid characters attracted and tormented by one another. Their dilemmas resemble those explored last week in the Sherrod-Curry all-woman version of Jason Robert Brown's The Last Five Years: domesticity and coupleship struggle with pursuit of professional ambition.  It's telling that in Bright Half Life the story is developed almost entirely through urging, hectoring, appealing, blazing and rejection. These women feel deeply, both for one another and for the agonies with which life buffets them. 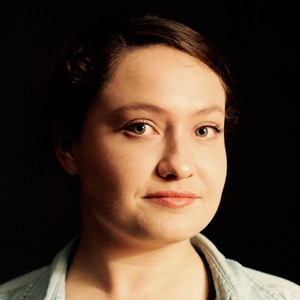 Lavery choreographs and calibrates this urgency throughout. Actors pivot and reset with each change of scene, moving with mechanical precision to form a new configuration. One rapidly becomes captured by the intensity and accepts these abrupt caesaura, even though the leaps in time and situation are profoundly disorienting until one begins to glimpse the arc of storyline behind them.

Emotion is at a high pitch most of the time, intensified for onlookers by the sight of other members of the audience fully engaged in the puzzles of the story.  The young woman across the room from me, at a distance of 15 feet across the dizzying thirty years of the story, was fastened entirely on the protagonists. Austin actor Babs George, seated by the door, was equally rapt. As were we all.

Director and actors scrupulously maintain the fourth walls enclosing this story, never acknowledging the presence of an audience. They suggest the thrill of intimacy with a repeated exuberant gesture, arms lifted, hands clasped, face to face in the giddy delight of almost embrace.

Character may not change in the course of thirty years, but the grinding of years and long experience will wear a relationship to a smoother, more predictable and perhaps calmer engagement. The story is told through conflicts, but perhaps it would have benefited by more evident  shifts in behavior and modulation signaling the period -- or at least the decade -- in which a given scene is taking place. Gonzales comes closer to this type of adjustment, while DeYoe-Pedraza gives the impression of perpetual high-tension engagement. An easily overlooked line on the program sheet advises "A light shift indicates a temporal change" -- and the rudimentary lighting set-up of dangling bulbs without gels, connected to a master dimmer offstage, simply doesn't provide adequate focus or clues of chronology.

The central metaphor of Bright Half Life -- an enigmatic title -- involves an early Ferris wheel outing and a later plunge into thin air taken in trust despite fear.  Any long term relationship is just that, I remind myself, looking up to study my own metahorical parachute billowing overhead. Conflict can be balanced by calm; trust can be repaid in kind. Playwright Barfield portrays these women's lives as intertwined emergencies, and only in the concluding moments does she suggest that familiarity may overcome broken devotion.

The innovative venue, the Vortex's reputation as a boozy community center, and the company's open-arms policy on ticket prices unite to push relevant themes and performance to audiences otherwise unlikely to seek out the intoxications of the living stage. Bravo to Theatre en Bloc for finding cogent scripts with powerful themes and for seeking ways to keep lit in Austin the fires of live narrative theatre performance. 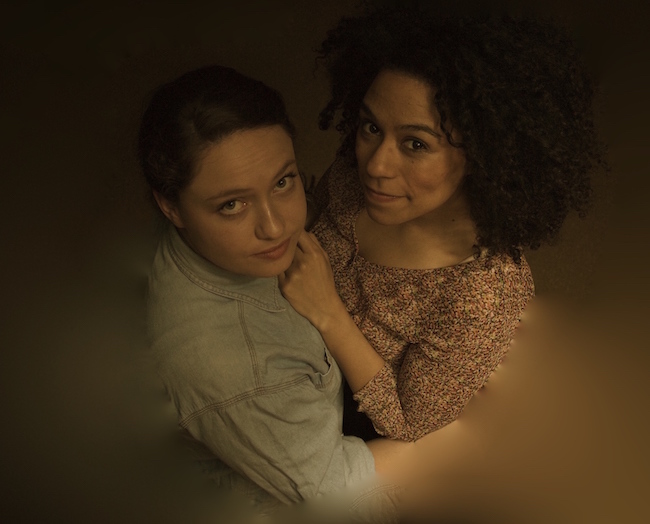 In the Vortex Yard || In the Pony Shed

Friday, April 8th: Special Performance for those patrons who would like to ensure our work continues to be accessible || Tickets: $100 || Champagne, Reception, Meet and Greet || Reservations for April 8th: 512-522-4083 or jenny@theatreenbloc.org

BRIGHT HALF LIFE is an experiment with a new ticketing model, a different marketing scheme, a shorter production run, and an extremely intimate audience experience. Our process is never complete without you. We would love your feedback on this experiment. Please feel free to send any and all feedback to theatre.enbloc@gmail.com. Or plan to stay after the show for a drink, and an informal talk with the cast/en Bloc team.