Review: This is Our Youth by Treehouse Players
by Michael Meigs

David Allan Barrera and his Treehouse Players colleagues probably didn't intend it, but their inaugural production offers an ironic riff on the company name. This Is Our Youth by Kenneth Lonergan takes place entirely in a shabby apartment on the Upper West Side. It's a den and a refuge for twenty-one-year-old Dennis, paid for by his famous artist father, probably to get the kid out of his life.

If this were a treehouse, Sam Domino as Dennis would be leafing through comic books. Instead, we see him stretched inert on his bed, moodily watching television. The nearly empty and gloriously shabby set designed by Tomas Salas encloses him in his sullen boredom, interrupted by a buzzer that announces the unexpected arrival of an acquaintance, nineteen-year-old Warren Straub, just thrown out by his own father. 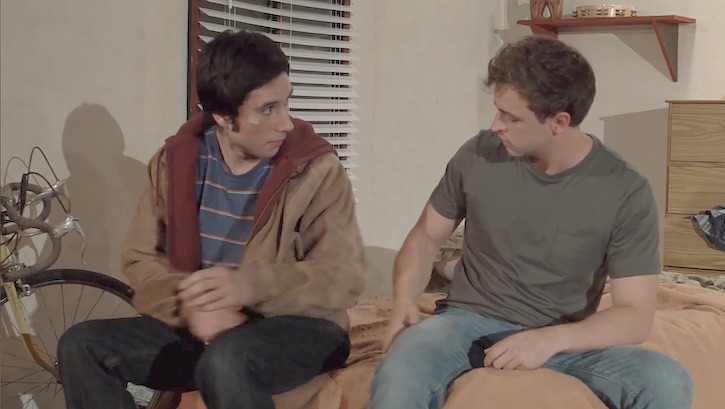 They're young adults from affluent families, and they're totally adrift. Domino as Dennis is angry, sour, sarcastic and forceful; David Allan Barrera as Warren isn't too bright and is looking to be led. Barrera has a shaggy-dog air, something like Bob Denver as the hapless Maynard G. Krebs, sidekick in a sitcom that aired twenty years before the Reagan-era setting of this piece.

There's a caper dilemma as a pretext for plot, for dull-witted Warren walked out from his dad's place with a suitcase stuffed with $15,000 in cash. Visions of prostitutes, cocaine parties, and big-time drug deals tempt both of them, but though Dennis is a schemer, he's afraid that they'll be tracked down by gangsters for whom the payoff was intended. While that plot whips and spins, Dennis goes out on the prowl with his girlfriend, never seen, who dumps off nineteen-year-old Jessica to make Warren's acquaintance. 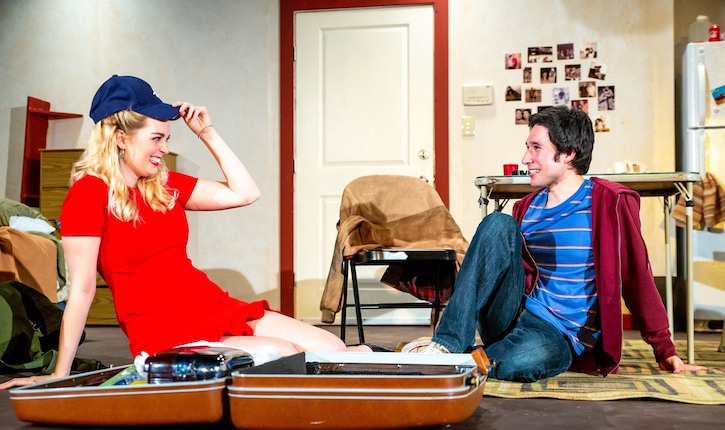 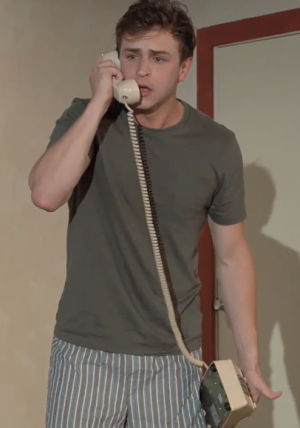 The real pleasure in this piece is not the plot; it's the deeply explored contrast between shambling Warren's relationships. Barrera as Warren takes sneering, hectoring abuse from Dennis, remaning clueless and mostly mute; in contrast, he's shy and almost childishly enthusiastic as he gets to know Jessica. A lot of that $15,000 is going to go to waste, not necessarily in ways that we would expect. The knotty problems we see in this shabby apartment will result in offstage celebration at the penthouse apartment at the Plaza Hotel, quite a different treehouse setting. There will be revelations and unintended betrayals. The central caper will be resolved in ultimately futile fashion, and the delicately depicted attraction between Warren and Jessia will flicker, flare and fade.

Lonergan writes vigorous, perceptive dialogue that endows these characters with vivid life. Their inability to connect or to envision beyond the present moment is the playwright's appraisal of the empty materialism of the Reagan era. It's a grim vision. Though there's lots of irony and character-based quirkiness, we weren't laughing. These characters were all too vulnerable, each in a different way.

Director Jeremy Lee Cudd encourages a physicality among these impressive actors. The men push one another around, throw things, and tussle; Barrera and Vivian Glazier as Jessica have a tentative, mutually frightened attraction that's beautifully played but almost painful to watch.

I find Lonergan's title This Is Our Youth inadequate and inaccurate. Yes, since he was born in 1962, he was the same age as this trio during the early 1980's. But the themes are hardly unique to the playwright's own post-adolescence. Emptiness, lack of direction, and failure to connect are afflictions common to all who have recently come of age, probably even more today when the lost are lured down the rabbit holes of the Internet and social media. Barrera, Domino and Glazier incarnate aspects of life and society that we all still must face, and not necessarily only in young adulthood. Thanks to the newly established Treehouse Players for redeeming this dour but engrossing story from the barren world of monologues for young actors; it merits serious attention. And so do the talents displayed on stage.

This is Our Youth
by Kenneth Lonergan
Treehouse Players

Parking:
There is available parking on the east side of the Santa Cruz Theater building and additional parking available in the adjacent lot for Planned Parenthood. 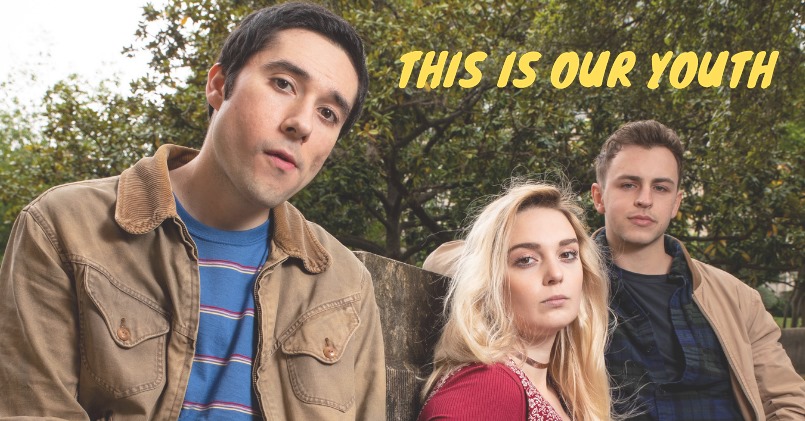