Are you ready to do the Time Warp again? Austin Theatre Project wraps up its 2015 Season with the raunchy camp musical classic The Rocky Horror Show by Richard O’Brien. The production is in tribute to the 40th anniversary of both the original Broadway production AND the 1975 motion picture.

This gleeful spoof of science fiction and horror B movies from the 1950s, made famous by its 1975 film adaptation, has become a beloved cult hit thanks to midnight-movie showings of the film in which audience members dress as their favorite characters and shout lines in response to the film’s dialog. The plot, which involves a naïve young couple being seduced into a world of wonton sexuality by a cross-dressing alien named Dr. Frank N. Furter, is secondary to wickedly clever and high-energy musical numbers like “Sweet Transvestite,” “The Time Warp,” and “Touch-a, Touch-a, Touch-a, Touch Me.”

“Most people fell in love with Rocky Horror during the midnight showings over the last forty years. This is a great way to see the show the way it was originally intended to be experienced: as live theatre,” said David Blackburn, ATP’s Founding Artistic Director (who is also the production’s music director). “Whether or not you’ve seen the movie, this is an opportunity to enjoy the show without having it be overshadowed by the audience,” adds Jim Lindsay, director of the show. “We encourage audience participation and will even sell prop bags at the door.  We’re hoping many audience members dress up the way they might for a movie screening. We want people to enjoy the show as a stage performance but join in the fun at times as well. You’ll actually be able to hear the original dialog and song lyrics during the performance.”

Playing the double roles of Eddie and Dr. Scott is newcomer Kirk Miller. Another newcomer to ATP, Alejandro Rodriguez will fill the role of Frank N. Furter’s creation, Rocky. Michelle Cheney (Austin Holiday Project, Company, Bending Broadway, Great American Trailer Park Musical) ties it all together in the role of the Criminologist/Narrator.

Wrapping up the cast are The Phantoms. They are Kate Clark (National Pastime, Company, Avenue Q) and five who are making their ATP stage debuts: Susannah Crowell, Laura Lund, Rose Mitchell, Rebecca Pearcy, and Danielle Ruth.

The live band will consist of Music Director Blackburn on keyboards, James Hairston on tenor sax, Brice Rafferty and Scott Graham on guitar, Kyle Welch on bass, and Nathan Langfitt on drums. 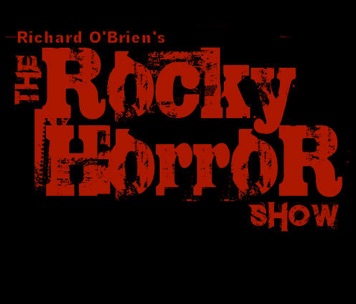