Night at the Theatre
by Stage Presence Players

Ever go to a stage production and want to throttle the couple behind/in front/beside you, but their offhand comments are so obnoxious and scintillating that you dare not miss any of those unbelievable and repeatable remarks?

Then meet The Lockers and the Paces, the leads in “A Night in the Theatre,” Lawrence Casler’s quirky and fascinating comedy opening Thursday, June 25th at the First Baptist Church Black Box Theatre, 901 Trinity, in downtown Austin, for four performances.

Margaret and Stanley Locker and their younger friends, Donna and Walter Pace, are at the theatre for their weekly dose of culture. This week's ordeal is “Hamlet.” After the confusion of seating themselves, the play consists of their incessant and hilarious chatter about themselves, their children, a dead friend and even, occasionally, Shakespeare's play.

Kristi Treitler and Kimberly Lively direct the play – and the play outside the play – as well as designing the sound. Lighting design was setup by Cameron Stewart and Colton Wilie with Bad Walrus Films of Austin.

The cast includes a diverse group of actors from Austin, Manor, Pflugerville and Spicewood, TX. Preston Kirk is Stanley with Kristi Treitler portraying his wife Margaret. Ellen Falterman has the role of Donna with Harley Schmalz as her know-it-all hubby Walter.

The playwright allows theatre companies to stage it several ways. Stage Presence Players has actually staged it a bit different than even Casler suggests! In this version, the audience sees but does not hear the version of “Hamlet” and hears but does not see the Lockers and the Paces.

Secrets emerge and friendships unravel amid audience laughter. You may even recognize these rude playgoers as the loathsome patrons who sometimes sit around you. This biting comedy, one of Casler’s most interesting works, delivers 90 minutes of engaging amusement.

Casler, a widely published psychologist, has conducted incisive – and sometimes controversial --research into the dynamics of married couples and lovers for almost half a century. He has B.A and M.A. degrees from Harvard University and a Ph.D. in social psychology from Columbia University and is the author of “Is Marriage Necessary?”

This is the third production in the Austin area for SPP, which was founded earlier this year.

This play has been performed worldwide for more than 25 years, reminding theatre-goers of boorish behavior during performances...as well as the sometimes surprising and confrontational conversations and revelations that create their own tragedies and comedies between the sexes.

Night at the Theatre
by Laurence Claser
Stage Presence Players 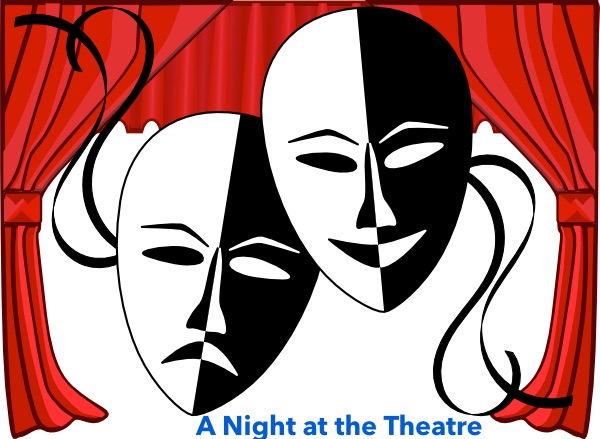 The Stage Presence Players was founded in Round Rock, TX in February 2015 with one goal in mind: to create theatre that would not only be entertaining to audiences, but ...