Kill the Messenger
by La Fenice

Kill the Messenger combines elements of King Lear with The Game of Thrones. King Pantalone has decided to settle any potential squabbles over his throne by dividing the kingdom among his three legitimate daughters; but first, they must prove their love for him.

The show premiered at the Butterfly Bar in the summer of 2014. Now, in advance of a tour to the Big Bend region in April, Austin audiences will have three more opportunities to experience La Fenice's unique blend of classical plot lines and pop culture references.

When Pantalone's youngest daughter Isabella refuses to play his petty game, she is banished from the country, vowing to return with an army of slaves and dragons to kick her father where the sun doesn't shine. Meanwhile, her two sisters, Ruffiana and Columbina, one a schizophrenic pyromaniac, and the other an alcoholic without equal, plot and scheme to ensure their positions of power. Outside the palace, Pantalone's two illegitimate sons, Brighella and Arlecchino, are on their own journeys, one to grab the throne and the other to win his father's love. Who will rule the kingdom at play's end? Deceit, disguise, dislodged eyeballs, and degenerate behavior will determine the winner of the game.

Read a company discussion about 'table work' for commedia dell'arte, posted by Kate Meehan on March 25, 2015 at the blog

Friday-Sunday,
March 27 - March 29, 2015
Vortex Repertory Theatre
2307 Manor Road
Austin, TX, 78722
Friday and Saturday, March 27th and 28th at 10:00pm, and Sunday, March 29th at 8:00pm. Admission is a suggested $10 donation.
Kill the Messenger is La Fenice's fifth original scenario since 2009 and their seventeenth since the company was first founded in 1999 as the Austin Commedia Society. Like all of La Fenice's scenarios, Kill the Messenger is a devised work, an ensemble performance that is the result of the actors and musicians improvising together in the studio based upon a plot outline and the centuries-old characters and techniques of the Commedia dell'Arte. 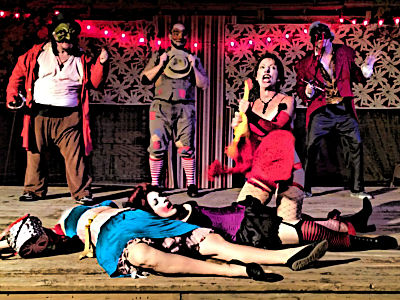 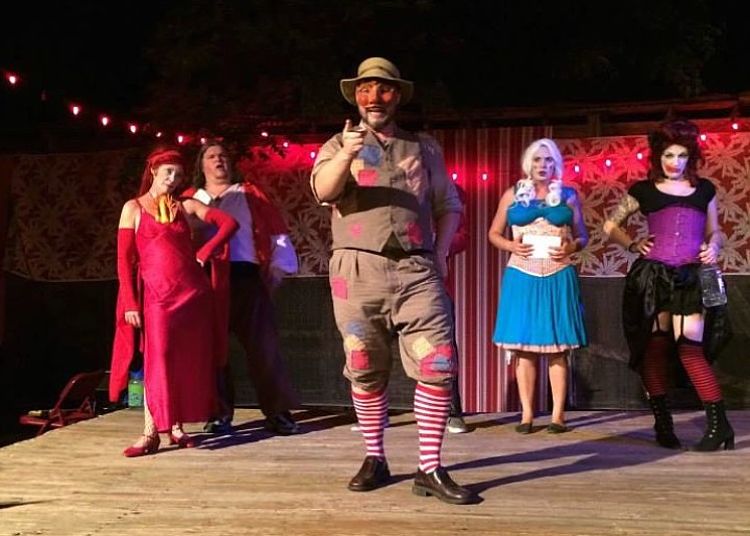