Houdini Speaks to the Living
by Hidden Room Theatre

Marking the 90th anniversary of the Great Houdini’s death…


The year is 1926, and the Great Houdini is taking his crusade against Spiritualism and fake mediums straight to the public in a series of performance lectures filled with magic and seance-debunking. At the same time, his good friend Sir Arthur Conan Doyle, author of the Sherlock Holmes mysteries, is lecturing on behalf of Spiritualism, believing it to be “a great Philosophy” that will usher in a new age for mankind. Watch these two legends battle out the true nature of magic this Halloween season.

Over a year of research went into Houdini Speaks to the Living, bringing material straight from correspondence, essays, photographs, diaries, and books from the Harry Ransom Center’s Harry Houdini and Sir Arthur Conan Doyle collections. About 75% of the play is verbatim theatre, so in a sense the Hidden Room is indeed conjuring the very essences of Houdini and Doyle. Enjoy magic, ghost stories, and a great meeting of minds that is the perfect spectacle for your Halloween celebrations. 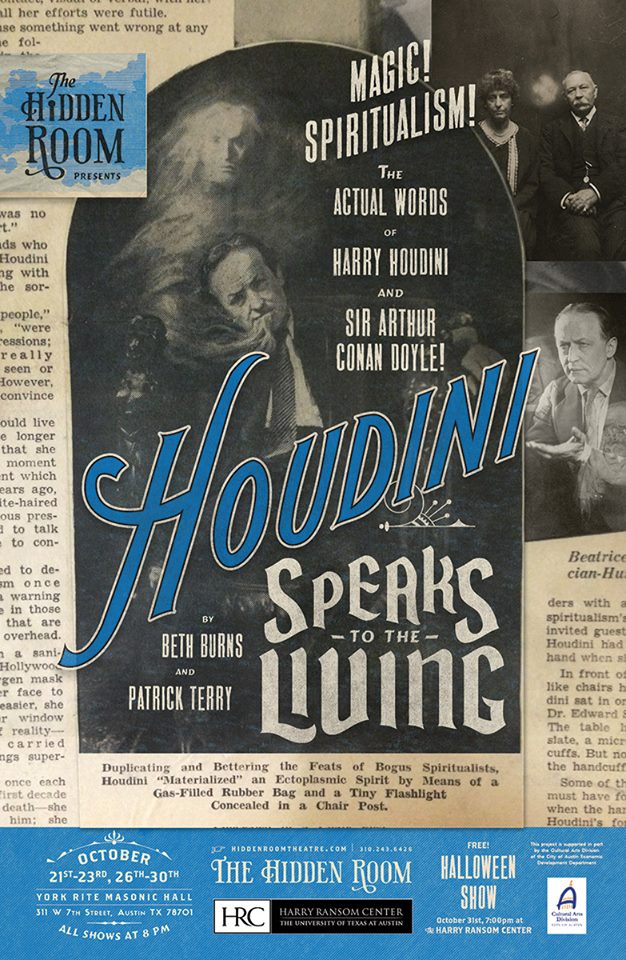 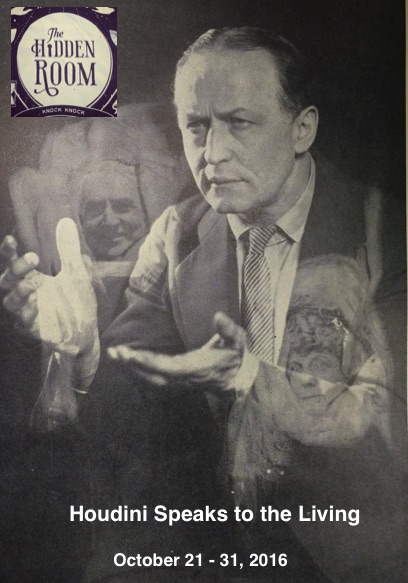