Greater Tuna is the hilarious comedy that satirizes an ordinary day in the lives of the citizens of Tuna, Texas, the third smallest town in the Lonestar State. The audience is first introduced to the eclectic blend of characters by Tuna's morning radio broadcast, but quickly begins to meet the rest of the characters, learning of intrigue inherit in small town life.

Though the cast of characters is diverse, Greater Tuna was written to be performed by only two actors. 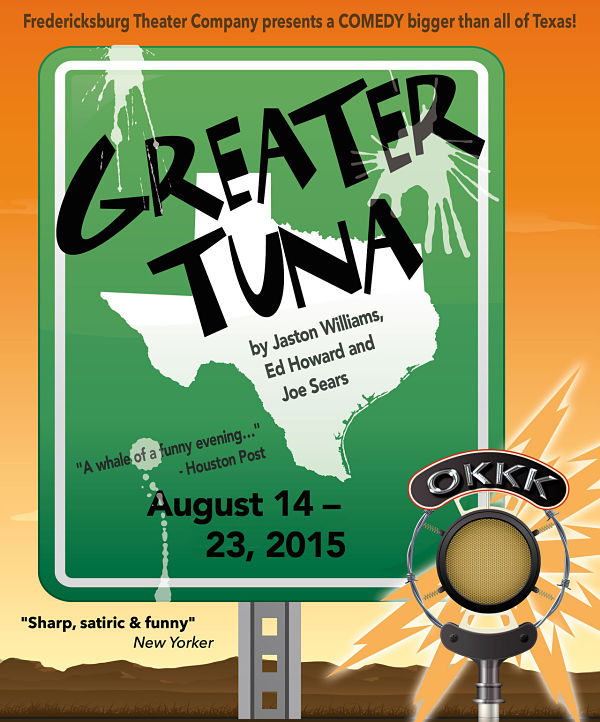