Set in San Francisco on November 21, 1963 (the day before President Kennedy's assassination), Dogfight is the story of three Marine buddies fresh out of boot camp. They have one last night of freed before they are shipped off to a small conflict in a then unknown country called Vietnam. set out for one final boys' night of debauchery, partying and maybe a little trouble. But when Corporal Eddie Birdlace meets Rose, an awkward and idealistic waitress he enlists to win a cruel bet with his fellow recruits, she rewrites the rules of the game and teaches him the power of love and compassion.

The hauntingly beautiful musical Dogfight won the Lucille Lortel Award for Best Musical. Based on the 1991 Warner Brothers film, Dogfight takes audiences on a romantic and heartbreaking theatrical journey that will stay with you long after the performance. "When we did Edges a couple of years ago, I fell in love with the music of Benj Pasek and Justin Paul," says ATP's David Blackburn. "Their intricate melodies, popping harmonies, and unique rhythmic sensibilities make for a night of theatre one will remember for a long, long time."

Dogfight will be directed by Joshua Denning. 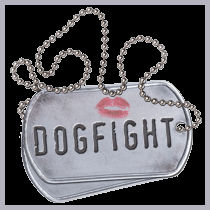 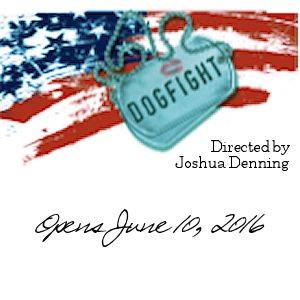