This exceedingly dark comedy offers us a chance to produce a love story--7 Towers-style.

CLOSER examines the destructive and deceitful relationships of four people in London. Alice, the young stripper, meets Dan, who writes obituaries, after an accident. Dan meets Anna, the photographer, while trying to promote his new book. Larry, the doctor, stumbles upon Dan (pretending to be Anna) in an internet chat room. Larry finds Anna at the aquarium. From there, the four play at loving one another, though they cannot seem to keep their relationships and the boundaries between them straight . Alice loves Dan. Dan loves Alice, but also Anna. Anna loves Larry, but also Dan. Larry loves sex. They switch partners, switch back, and are utterly truthful in the most inconvenient moments about the terrible things they've done to one another.

CLOSER is the beautifully crafted, clever, and gut wrenching story of how utterly horrible humans can be to the ones we think we love. The show stars 7 Towers company members and veterans Suzanne Balling, David Boss, Sara Cormier, and Chris Hejl 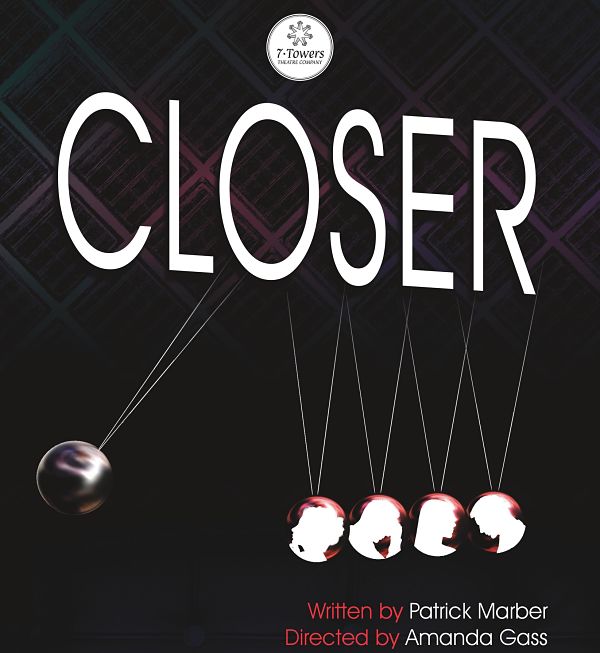 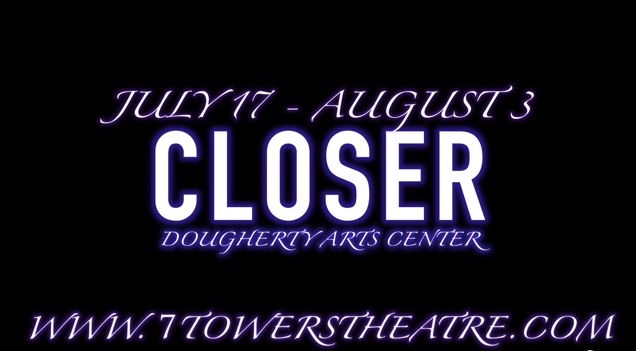