Set in turn of the century Sweden, A Little Night Music explores the tangled web of affairs centered around famed and fading actress Desirée Armfeldt and the men who love her. When these men — as well as their wives — agree to join Desirée and her family for a weekend in the country, lovers reunite, simmering passions ignite, and new romances blossom. This witty and enchanting Tony-award-winning musical features a beautiful, lush score by beloved composer Stephen Sondheim and writer Hugh Wheeler.

Our 2015-2016 season opened with Tom Stoppard’s most moving play The Real Thing, September 18 - October 11, 2015, followed by the beloved romantic comedy The Philadelphia Story by Philip Barry, November 20 - December 20, 2015, a jazz-infused drama about the king of baseball Satchel Paige and the Kansas City Swing by Trey Ellis and Ricardo Khan, February 12 - March 6, 2016, and a hilarious spoof on Victorian adventurers The Explorers Club by Nell Benjamin, April 1 - May 1, 2016. The final show of our season will be Stephen Sondheim’s wildly romantic musical A Little Night Music, May 27 - June 26, 2016. In addition to our five-play season, Austin Playhouse will also produce the regional premieres of Austin playwright C. Denby Swanson’s The Norwegians, October 23 - November 7, 2015, and the 2013 Pulitzer-Prize-award-winning play Disgraced by Ayad Akhtar, January 15 - 31, 2016.

Austin Playhouse is a professional theatre currently performing its 16th season. Under the leadership of Producing Artistic Director Don Toner and Artistic Director Lara Toner Haddock, Austin Playhouse has grown from a three-play season on the campus of Concordia University, to a year-round operation producing an average of eight plays a year. Austin Playhouse is currently performing at the Austin Community College Highland campus. The theatre has recently been renovated to include an expanded lobby, rehearsal hall, and restroom facilities. 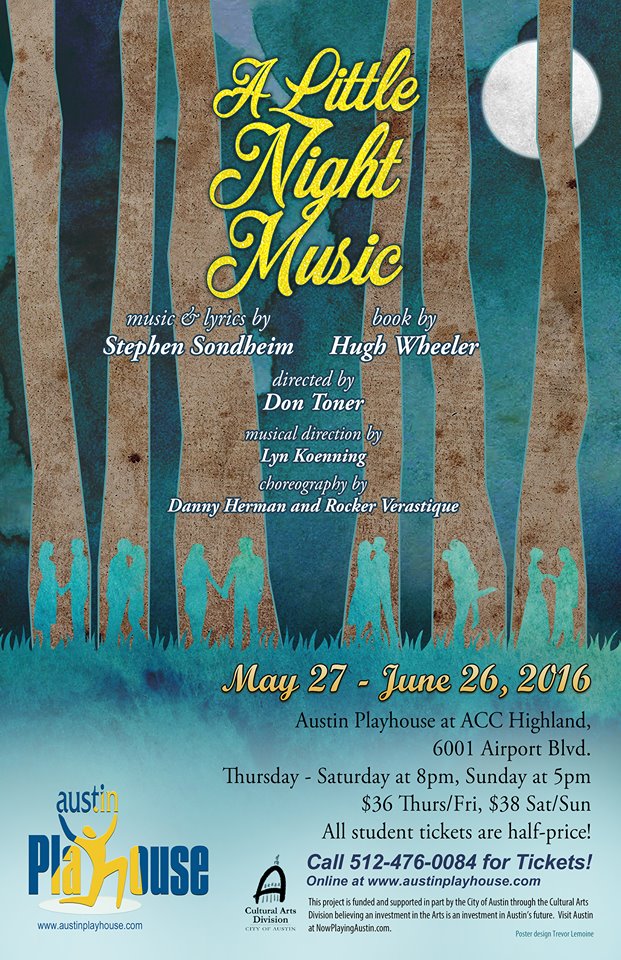 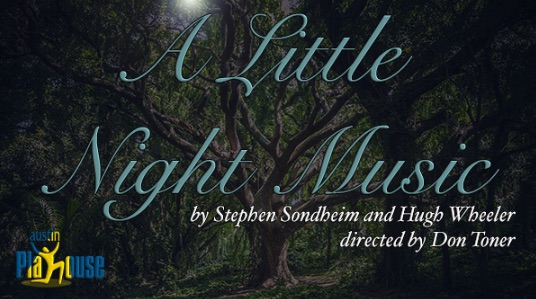