Me and Juliet
by Playhouse 2000

Rodgers and Hammerstein's Me and Juliet, a little-known musical written in 1953, is a gem from the golden age of American musicals, Me and Juliet tells the behind-the-scenes story of the cast, crew and audience of a long-running Broadway hit.

Me and Juliet
by Richard Rodgers, Oscar Hammerstein II
Playhouse 2000 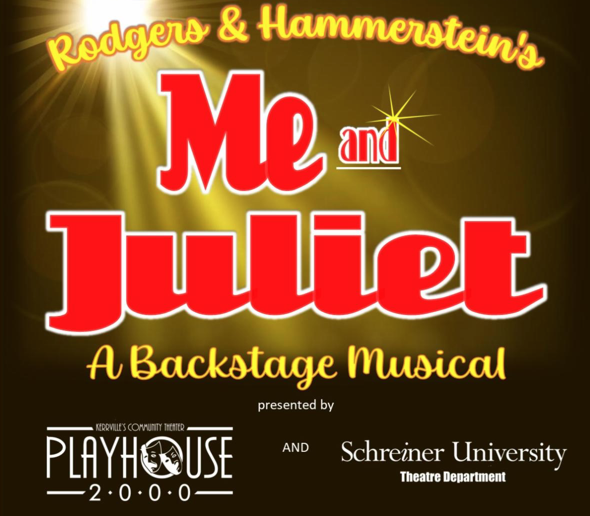 Kerrville's Community Theater - presenting plays and musicals by and for the people of the Hill Country. Also managers of The Kathleen C. Cailloux City Center for the Performing Arts …