This cast includes Ivy Cantu making her LOLA and Panoramic Voices debut as Queen Dido and the powerful well-established baritone David Small in the role of Aeneas. Two sopranos will be making their debuts: Jihee Han making her LOLA and Panoramic Voices debut as Belinda, Dido’s confidant and Natalie Howard making her LOLA debut as the Sorceress with a vendetta. Rounding out the cast are mezzo Julie Silva as Second Woman, soprano Mary Kettlewell as First Witch, mezzo Jessica Blau as Second Witch, tenor Jeffrey Jones Ragona as The Sailor, and countertenor Holt Skinner as The Spirit.

In addition to Purcell’s work, a premier of Forgiveness by Austin-based choral composer Carlos Alberto Cordero Garcia, featuring soprano Katrina Saporsantos will be performed prior to the opera. This piece is a commission by Panoramic Voices.

A portion of the proceeds will benefit the SIMS Foundation. SIMS provides mental health and substance use recovery services for musicians, music industry professionals, and their families to support the well-being of the Austin community

This project is supported in part by the Cultural Arts Division of the City of Austin Economic Development Department. 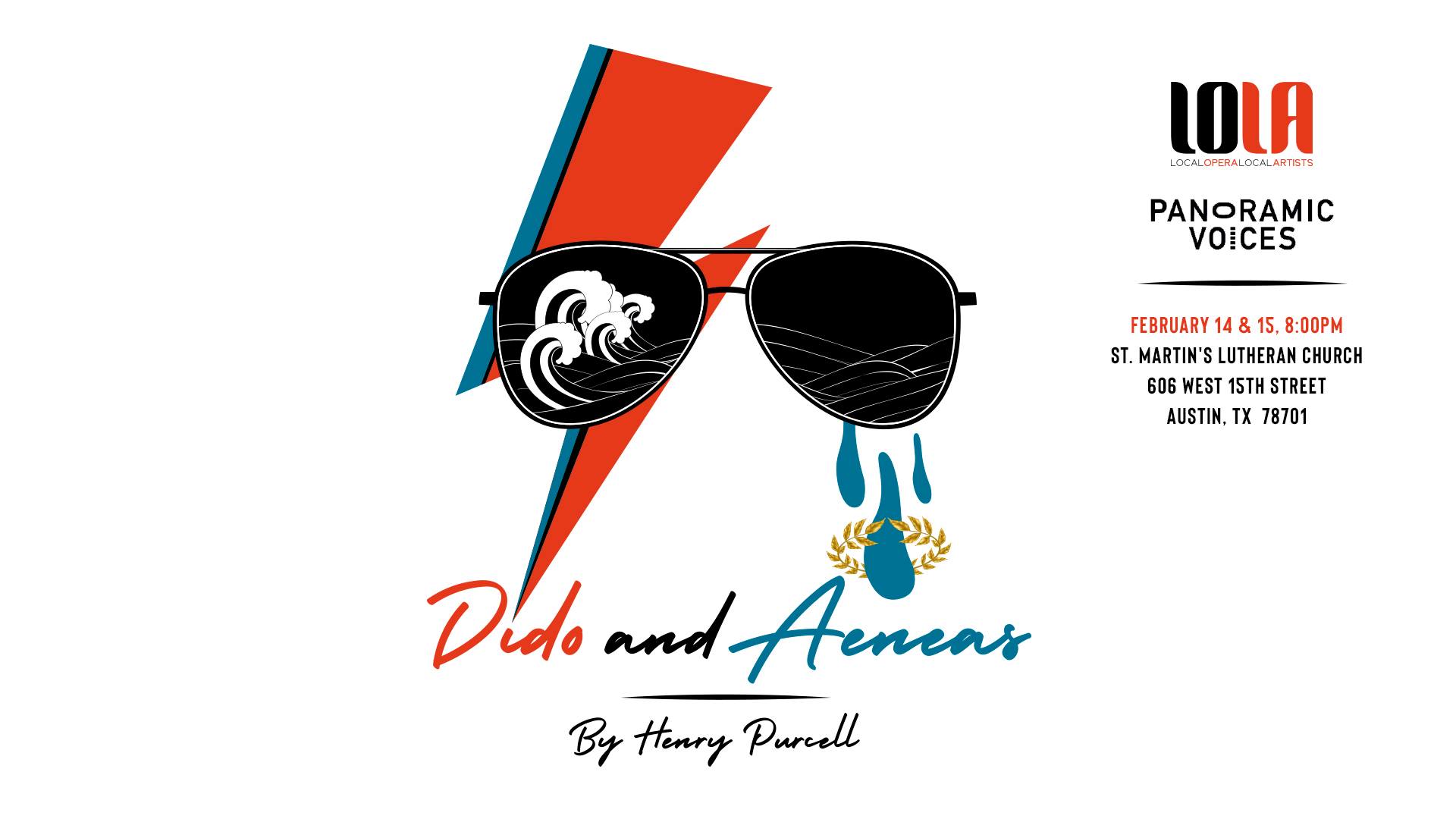 LOLA is committed to cultivating the future of opera by offering new approaches to experiencing this particular musical genre and type of singing.  Our focus is on integrity in ...