This tragic story revolving around the unscrupulous Duke of Mantua, his hunch-backed court jester Rigoletto, and Rigoletto’s stunning daughter Gilda is considered to be one of Verdi’s operatic masterpieces. Rigoletto is consumed by his thirst for revenge, but his innocent daughter Gilda pays the ultimate price. The instantly recognizable score features one of the most famous arias in all of opera – the Duke’s “La donna è mobile” – which has become part of the fabric of popular culture.

Starring Michael Chioldi, back for his sixth role with Austin Opera, as Rigoletto, Kang Wang as the Duke who returns for back to back performances after his role in La bohème in the spring of 2019, and Madison Leonard in her Austin Opera debut as Gilda – this opera of extremes and moral ambiguity offers both the grand and the intimate.

Traditionally staged, with sets from New Orleans Opera and costumes from Utah Opera, this production will have you on the edge of your seats. 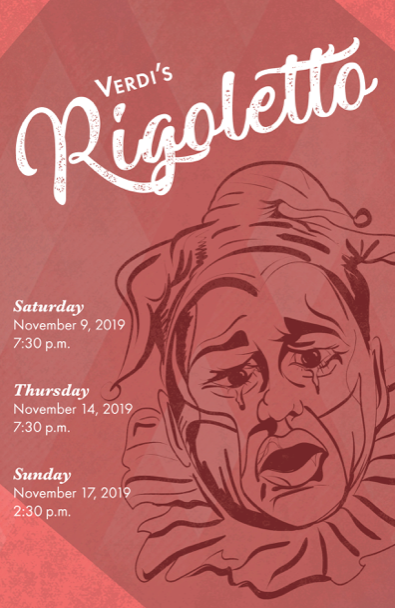 The mission of Austin Opera is to produce operatic performances and educational programs that meet and preserve the highest standards of artistic excellence that culturally enrich the lives of Texans ...