Nearly thirty years after its premiere, Stephen Sondheim’s Assassins still astonishes. Assassins is a meet-up of nine successful and would-be presidential assassins - from the audaciously rebellious John Wilkes Booth to the unassuming Lee Harvey Oswald - bending the rules of time and space in a roller coaster ride though different historical periods. They meet, interact and inspire each other to harrowing acts in the name of the American Dream.

Whether motivated by real-life political grievances or their own messianic delusions, each of the assassins forces us to think about why and under what circumstances an ordinary individual would attempt such an extraordinary act.
Director Penny Hasekoester said of the show, “This musical does not glorify the assassins. It does not excuse them. It holds, as Shakespeare said ‘the mirror up to nature’. How as a society do we aid and abet this mindset and this violence? We are all part of the problem. This is not simply a group of deranged individuals who make dreadful, unthinkable choices on a whim. These choices spring out of their struggle to achieve what for many is unachievable.” Dark as that sounds, the show’s revue-like format allows the authors to vary the palette with mad scenes, melodrama, minstrelsy and vaudeville.
Stephen Sondheim’s score incorporates musical styles inspired by the different historical periods in which the show is set. The music is richly melodic and the lyrics witty and provocative. The book by John Weidman is original, disturbing and alarmingly funny. 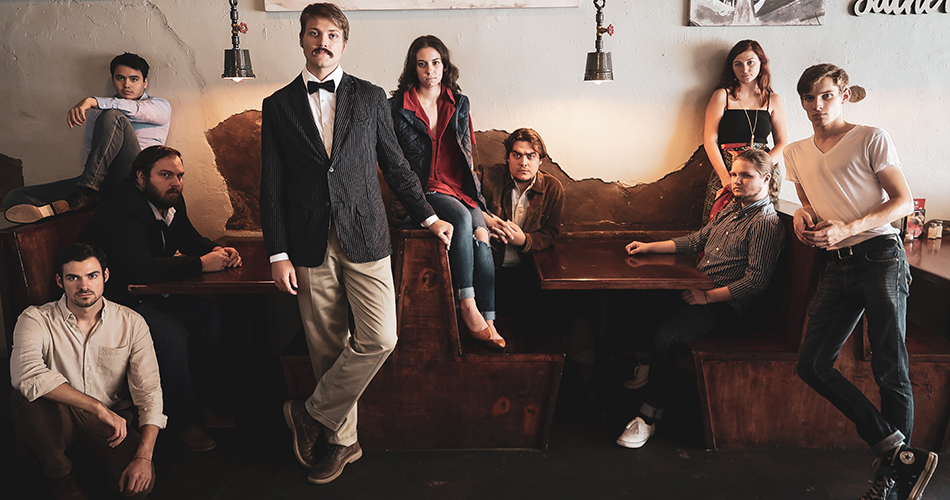 Music and Lyrics by
STEPHEN SONDHEIM

Orchestrations By Michael Strobin
ASSASINS is based on an idea by Charles Gilbert, Jr.
Playwrights Horizons.Inc - New York City produced ASSASSINS Off-Broadway in 1990

America’s “most wanted” musical takes on an urgent new life at Sam Houston State University’s Department of Theatre and Musical Theatre’s Erica Starr Theatre October 9-12, 2019 with evening performances at 7:30 p.m. and a Saturday matinee performance at 2:00 p.m. Assassins is directed by Penny Hasekoester with music direction by Dr. Laura Avery. 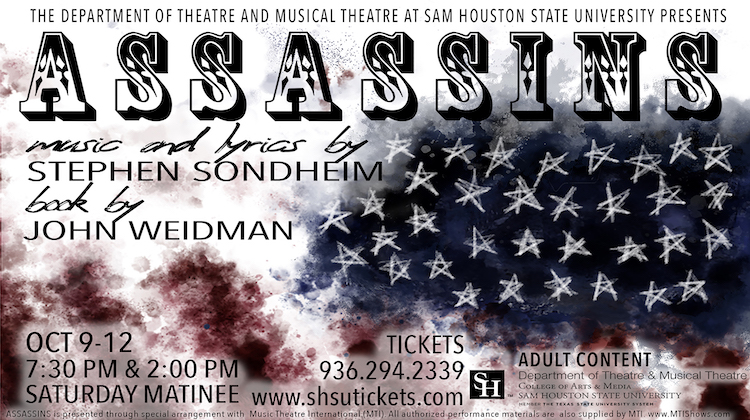 The Department of Theatre and Musical Theatre BFA programs develop outstanding theatre artists with the professional skills, intellectual vigor, and creative resources necessary to excel and thrive in the performing ...