Monteverdi. Lully. Telemann. Rameau. Gluck. Haydn. Offenbach. Stravinsky. Glass. The tragic love story of Orpheus and Eurydice has been celebrated by musicians for as long as we have had means to do so. But what about Orpheus's affair with fellow argonaut, Caläis? In a preview of our upcoming prismatx series (creating music inspired by art), we present Evan Lawson’s Orpheus, a new opera inspired by this little-known love triangle and a reaction to the censorship of queer elements in Greek mythology.

"Since the Victorian era, many Ancient Greek myths have been hijacked and altered to have any references to same-sex relationships or gender fluidity removed. Many people aren’t aware of the diversity in ancient myths that explore varying types of human sexuality and gender. In my exploration of the lesser known parts to the Orpheus myth, I was fascinated to find out about his relationship with fellow argonaut Caläis. In some sources, his love for the young man was deeper than his love for Eurydice. It provided me with a fascinating viewpoint on the love triangle at the core of the myth, and a fascinating love triangle to explore onstage.” -- Evan Lawson, Orpheus composer. 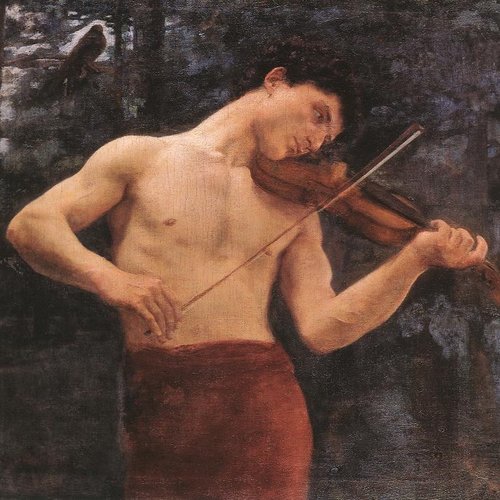