As gleefully silly, yet wickedly smart as the beloved British comedy troupe that inspired it, Spamalot parodies the legend of King Arthur and his band of haphazard knights as they sing and dance their way through an inane divine quest - the search for the Holy Grail. Along the way, Arthur and his men must evade beautiful showgirls, obnoxious Frenchmen, a death-defying limbless knight, and a killer rabbit!

Cast in the production are Daniel Melton as King Arthur, James Lacy as Patsy, Ryan Bailey as Sir Robin, Barry Sikes as Sir Lancelot, Casey Cowan as Sir Galahad, Steuart Dewar as Sir Bedevere & The Historian, and Sarah Spillman as The Lady of the Lake.

Jim Weisman will direct the production with musical direction by Rhonda Behrends and choreography by Heidi Melton. Mr. Weisman also serves as the scenic designer. Ryan Bailey will execute the lighting design. Tommie Bailey will serve as Costume Designer.

Director Weisman promises a spectacularly funny production. “One of the catchphrases from Monty Python’s Flying Circus is, ‘And now for something completely different,” said Weisman. “Anyone with a sense of humor is going to enjoy Spamalot whether they’re familiar with Monty Python or not. In fact, I kind of envy those who haven’t ever seen any Monty Python shows. I can remember experiencing that wacky zaniness for the first time. What a hoot!”

Spamalot is a musical adapted from the works of the popular British comedy troupe Monty Python and their 1975 film Monty Python and the Holy Grail. In 2005 the premiere production of Spamalot, directed by the legendary Mike Nichols, was nominated for 14 Tony Awards and won in three categories, including Best Musical. It continued to run for four years with over 1,575 performances, grossing $175 million. The Broadway production starred many famous actors including Tim Curry (film star of Annie, Clue, and The Rocky Horror Picture Show), Hank Azaria, (TV’s The Simpsons, Mad About You) and David Hyde Pierce (Niles Crane, from TV’s Frasier).

Tickets for Monty Python’s Spamalot go on sale to donors Monday, January 28th at 9:00 a.m. Tickets go on sale to the public Monday, February 4th, at 9:00. 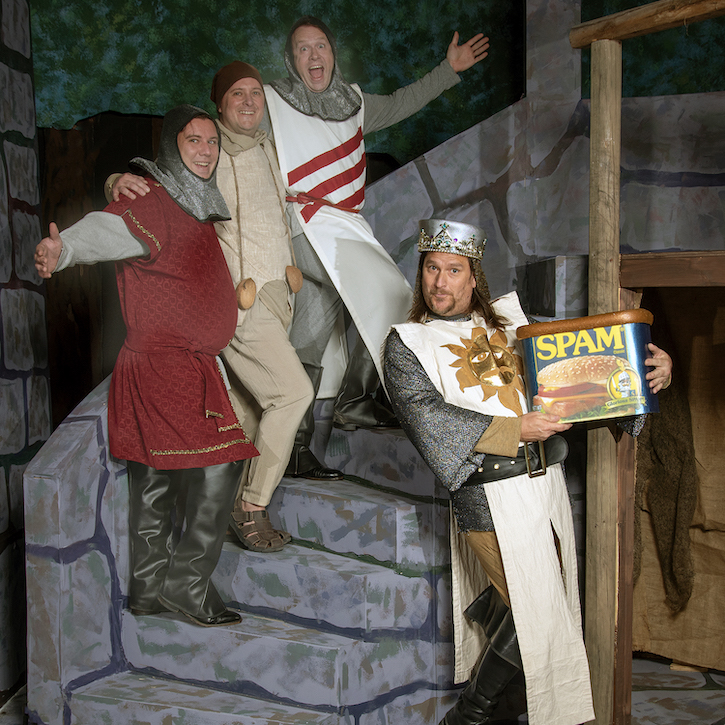 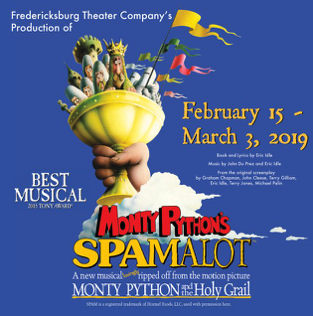