From the Pulitzer Prize-winning author of Disgraced, a fast-paced economic thriller that exposes the financial deal making behind the mergers and acquisitions boom of the 1980s.

Saratoga-McDaniels’ Izzy Peterman is buying, but Everson Steel’s Tom Everson isn’t selling. Simple problem. Work it out at the table, right? But nothing on Wall Street is easy or simple. And Bob Merkin of Sacker-Lowell, Saratoga-McDaniel’s financing source, is determined to make it as complicated and self-serving, oh and by the way, as under-the-table as possible.

In a world where some say, “It’s nothing personal, it’s just business,” turns out that’s not exactly true. It’s ALL personal. Beneath the war of numbers, JUNK reveals a tribal, almost-cultish subculture where racial, generational and gender politics echo the ever-prevalent rifts and skirmishes waged daily within our larger American society. In the movie WALL STREET, Gordon Gekko famously said “Greed is good.” In JUNK, greed is God.

Set in 1985, Junk tells the story of Robert Merkin, resident genius of the upstart investment firm Sacker Lowell. Hailed as "America's Alchemist," his proclamation that "debt is an asset" has propelled him to a dizzying level of success. By orchestrating the takeover of a massive steel manufacturer, Merkin intends to do the "deal of the decade," the one that will rewrite all the rules. Working on his broadest canvas to date, Pulitzer Prize winner Ayad Akhtar chronicles the lives of men and women engaged in financial civil war: insatiable investors, threatened workers, killer lawyers, skeptical journalists, and ambitious federal prosecutors. Although it's set 40 years in the past, this is a play about the world we live in right now; a world in which money became the only thing of real value.

“JUNK is an epic, strutting, restless, sexually charged, slam-bang-wham piece of work, something akin to the huge socio-political dramas by the likes of David Hare.”

“JUNK doesn’t exactly illuminate the mysterious process whereby corporate marauders ruthlessly eviscerate and in due course take over companies that resist their takeover bids. What it does do…capture the electric energy that fueled these aggressive acquisitions, along with the intoxicating sense of power that blinded the raiders to all other principles and values.” 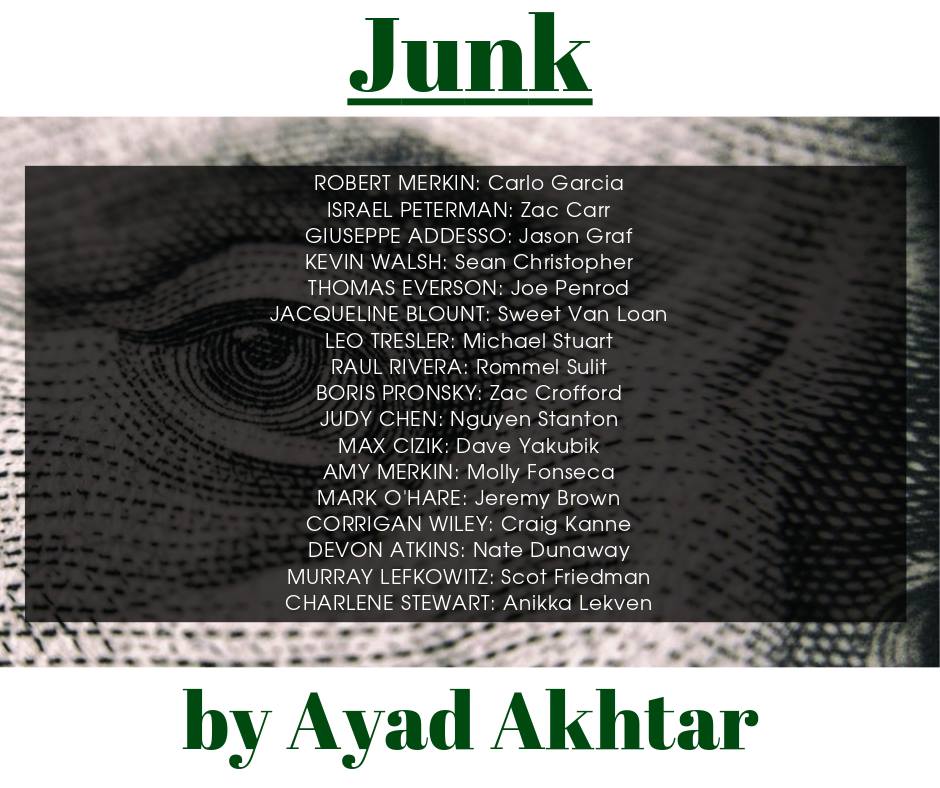 Whisenhunt Stage at the ZACH Theatre 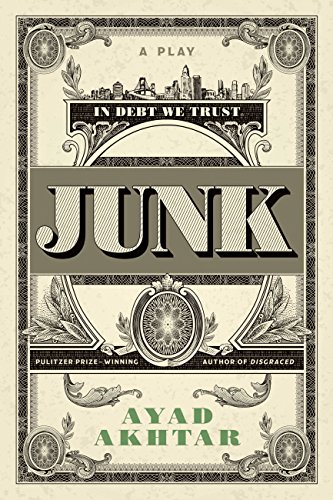