When Alice Liddell Hargreaves met Peter Llewelyn Davies at the opening of a Lewis Carroll exhibition in 1932, the original Alice in Wonderland came face to face with the original Peter Pan. In John Logan’s remarkable new play, enchantment and reality collide as this brief encounter lays bare the lives of these two extraordinary characters. The play examines the lost innocence of the  boy and girl who served as the inspiratons for Peter Pan and Alice in Wonderland.

This is the new play from Academy Award winning screenwriter and playwright John Logan. His previous play RED played in London to great acclaim before transferring to Broadway where it won 6 Tony Awards including Best New Play. 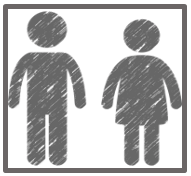 Theatre productions at the Blinn College extension in Bryan, Texas.