How do you discover yourself when searching can result in imprisonment or death?

In Arabic with English subtitles

Fares al Zahaby’s courageous play questions religious ideologies and doctrines through the eyes of a young man named Abed. Set in the iconic Damascus neighborhood near the Sheikh Mohy ad-Din Ibn Arabi Mosque and Shrine, Mawlana reveals the story of Abed as he struggles to find his place amongst competing religious doctrines, Western influences, and his own inner desires. Nawar Bulbul masterfully plays Abed, as well as a colorful palette of characters from the neighborhood. Each person Abed crosses in this journey propels him towards a dangerously liberating discovery.

Mawlana is performed in the lyrical and poetic colloquial Damascene dialect of Arabic, but also features English supertitles. Not only will Mawlana give Austin audiences a glimpse into the life of someone growing up in late 20th-century Syria, but it also will provoke serious questions about adherence to institutions of religion.

Canopy and La Scène Theatre are cultivating this joint venture between artists in Austin, Texas and Aix-en-Provence, France with the goal of building an international coalition of theatres that produce work of global significance, particularly surrounding violence, displacement, and oppression. Additionally, Canopy Theatre works to bring military veteran and refugee communities together to combat the isolation present in both conditions. Canopy Theatre is sponsored and funded in part by Vortex Repertory Company and by the Cultural Arts Division of the City of Austin Economic Development Department.

2-for-1 admission Thursday and Sunday with donation of 2 cans for SAFE Austin. 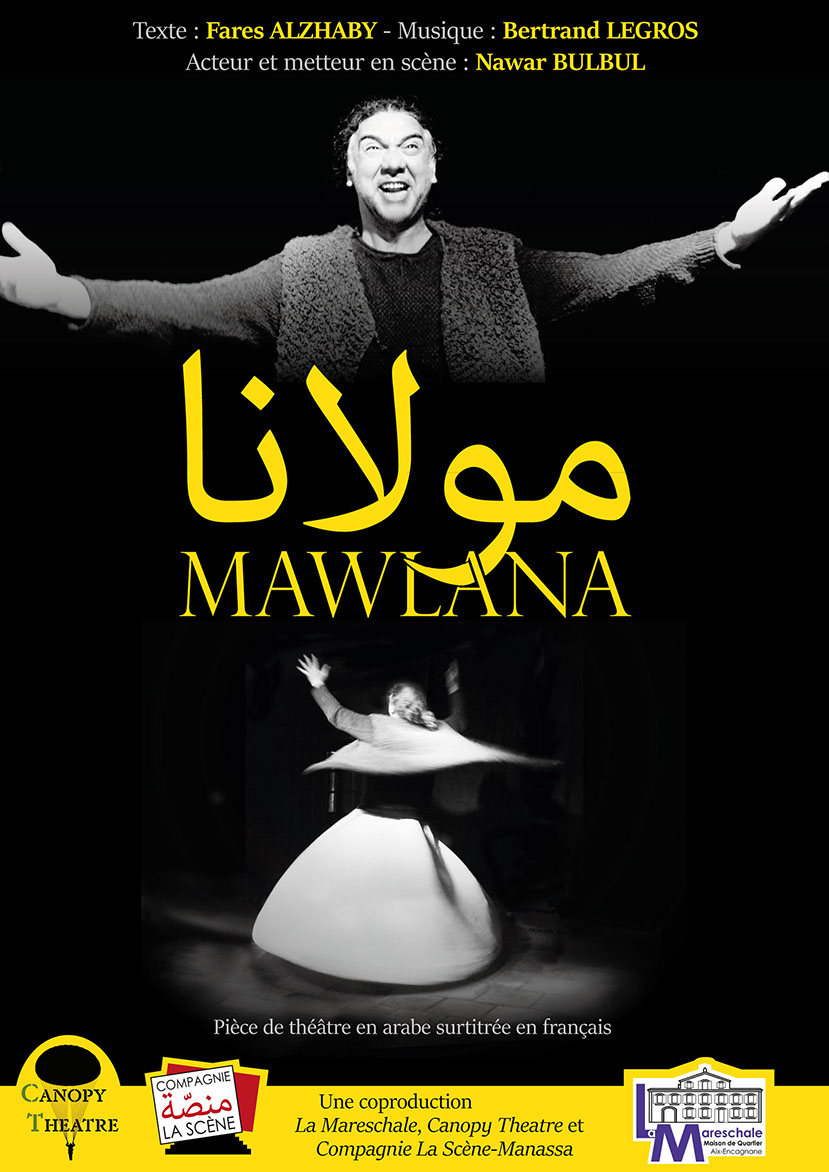 We fuse together diverse communities of war violence through the restorative process of artistic performance, creating a unified front against the erosive force of isolation. Our new artistic collectives are ...