Leah's got writer's block, Amber's got ambition, Jake's got it all. Leah and Jake were once up-and-coming, hot-shot poets. Now Leah's working admin as Jake's career skyrockets, and slugs are eating the foundation of their house. When fresh-faced Amber shows up, it's only a matter of time before things get sticky. A play about threesomes, poetry and the failure to communicate.

ABOUT THE DIRECTOR
Adam L. Sussman is a second-year M.F.A. candidate who is thrilled to be working on his second UTNT production. Before moving to Austin, Sussman was a Bret C Harte Directing Fellow at the Berkeley Repertory Theatre, and served as literary manager for Do It Live Productions and Custom Made Theatre. In addition to cemeteries, bars and backyards, his work has been seen at Playwright's Foundation, Impact Theatre, Just Theater, PianoFight and The Theater Offensive.

ABOUT UTNT (UT New Theatre)
UTNT (UT New Theatre), curated by Liz Engelman and Steven Dietz, presents newly developed works from playwrights of Texas Theatre and Dance and the Michener Center for Writers. Now in its eleventh season, this showcase exists as an incubator for new work, with many plays continuing on to be professionally produced across the country. 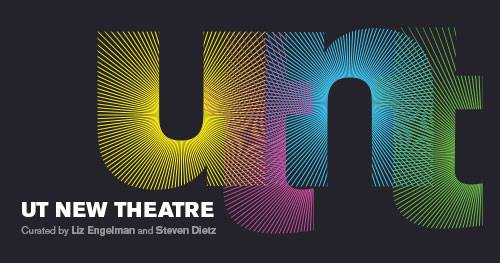