Bubbling Brown Sugar is a musical revue written by Loften Mitchell based on a concept by Rosetta LeNoire and featuring the music of numerous African-American artists who were popular during the Harlem Renaissance, 1920–1940, including Duke Ellington, Eubie Blake, Count Basie, Cab Calloway and Fats Waller. Original music, including the title theme song "Bubbling Brown Sugar" was composed by pianist Emme Kemp, a protégé of the legendary Eubie Blake. It was nominated for the Tony Award for Best Musical and the Laurence Olivier Award for Best New Musical. 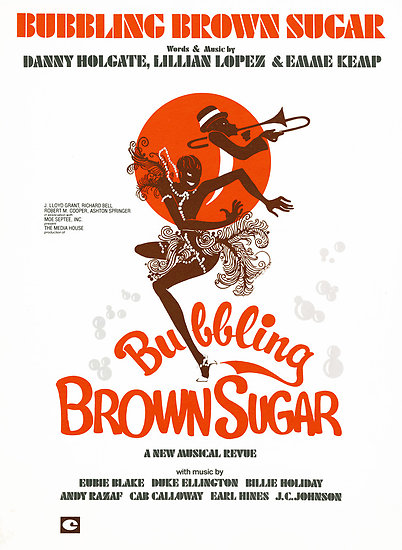