Six Characters in Search of a Play
by The Public Theater

Sordid Lives creator Del Shores new one-man show directed by Emerson Collins proves once again that he is not a writer, he’s a self-proclaimed thief! In Six Characters In Search Of A Play, Shores is inspired by Pirandello’s classic play to bring you six characters inspired by his real-life encounters that haven’t quite made it intoone of Shores’ plays, films or TV shows. In 90 minutes, the audience will hear the truth behind how he collected these eccentrics, then he will portray them in classic Shores’ monologue style. The audience will walk away knowing Yvonne, the vegetarian-hating Texas waitress; Sarah, an elderly actress who is determined to drink and smoke herself to death if Trump is elected; Jimmy Ray, the evolving Georgia redneck, Loraine, the once brilliant drama teacher who has lost her damn mind and is now obsessed with porn; Aunt Bobbie Sue, the loud-mouth racist Republican with a heart of gold; and Mars 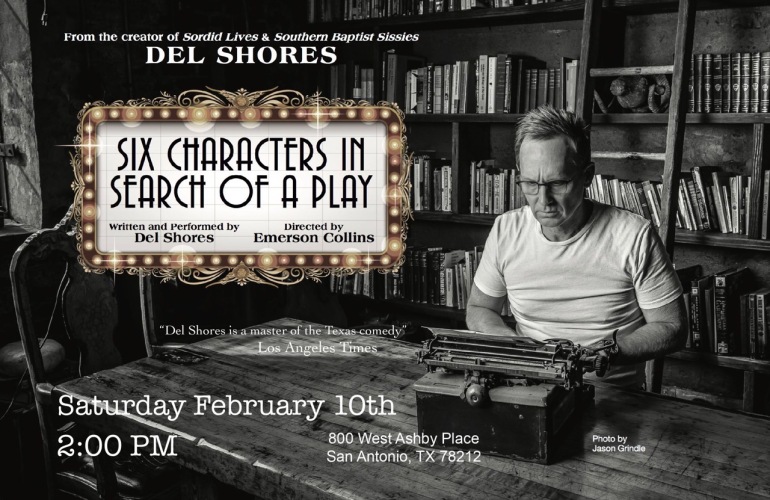 About The Public Theater

The Public Theater is San Antonio’s largest, most productive professional live theater organization and its only Equity Theater. Established in 1912 as the San Antonio Dramatic Club and incorporated on ...

Productions by The Public Theater