Those Magnificent Bastards that you’ve come to love and loathe are at it again. This time they’ll kick your good time in the balls with Shit-faced Shakespeare®: Romeo and Juliet. Perhaps you’re not familiar with these presenters of pithy prose? These proclaimers of plastered pentameter? Well, let it be known they bring their resplendent and raucous version of The Bard whilst tipping a hat to the wonder that is Master Shakespeare himself. This screwy and sloshy version of Shakespeare crossed the pond in early 2015 for the US premiere of their completely unpredictable production of A Midsummer Night's Dream and has since launched three equally obnoxious productions. Shit-faced Shakespeare® will launch the third Austin production with “R & J” this January at Spider House Ballroom and The North Door. Every performance includes one genuinely drunken professional actor - making no two performances ever the same. Creator and Artistic Director Lewis Ironside says,  "Press quote eh? Erm... How about: "A show so universally acclaimed and beloved that only an addlebrained ignoramus of a publication would ever belittle its own proud standing by providing anything less than glowing blanket coverage. How’s that?” Perfectly sums it up. Having successfully completed multiple sell-out runs of the Edinburgh Fringe Festival, the Leicester Square Theatre in London’s West End, Cinema Salem in historic Salem, MA, The Highball in Austin, TX, and even a shady nightclub in Providence, RI, Shit-faced Shakespeare® is ready up to drop back in your lap in four fortnights time.

Previous productions have featured unconsciousness, transposing The Bard's verse with R. Kelly's Ignition, Mercutio killing Romeo and marrying Juliet, an audience sing-a-long to Bohemian Rhapsody, conscious uncoupling, many exposed buttcheeks, and the best pants off dance offs ever seen in the contiguous United States. Of course, all presented within the confines of one of the finest works in the literary canon.

Shit-faced Shakespeare® seeks to introduce a new generation of theatre-goers to the works of the Bard, in the manner we are convinced it was originally intended to be presented. As the sober cast members desperately attempt to tell the story around the drunk, we harken back to the time of the King’s Men of the 1600’s, inviting the audience to see past the archaisms of language and into the pulsating heart of the play - reminding them as we go always to enjoy Shakespeare responsibly!

An adaptation of Romeo and Juliet by William Shakespeare with additional material by Lewis Ironside; Shit-faced Shakespeare® by Magnificent Bastard Productions is the hilarious combination of an entirely serious Shakespeare play with an entirely shit-faced cast member. Outrageous, raucous and completely unpredictable, the show has already entertained over 100,000 eager theatre goers across the US and UK since 2010.

For other performance dates + times: www.shit-facedshakespeare.com 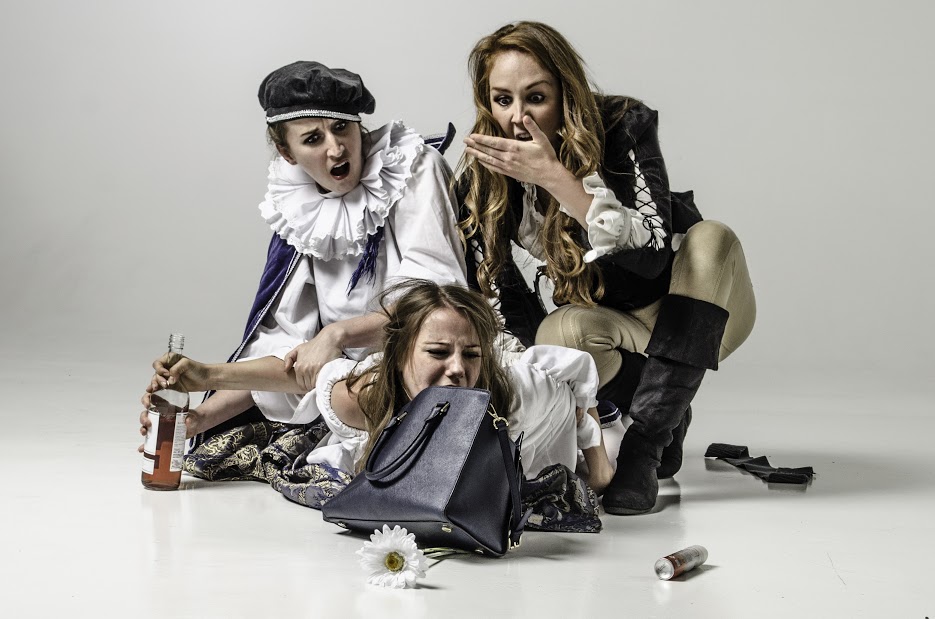 Transfer to the U.S. of the idea of 'shit-faced' Shakespeare, originated in the UK:

Shit-faced Shakespeare is the deeply highbrow fusion of an entirely serious Shakespeare play with an ...