A Christmas Carol
by Tablerock of Salado 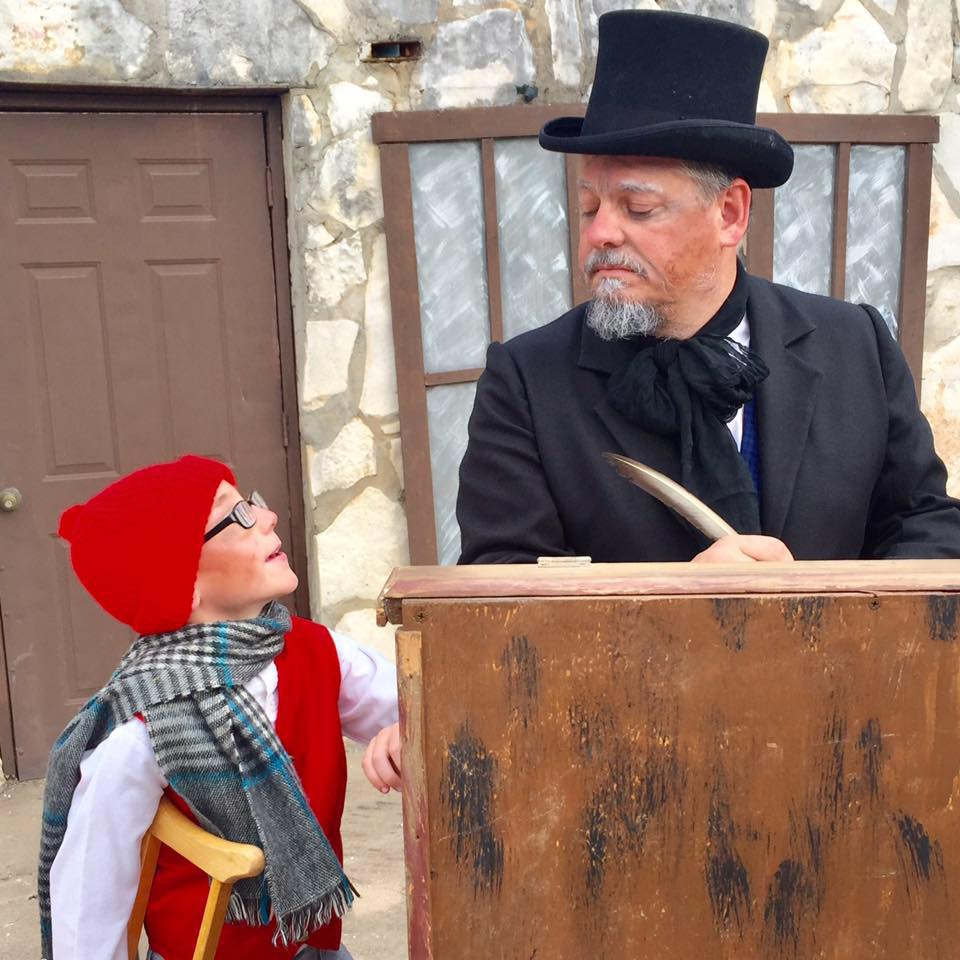 Ebenezer Scrooge is a penny-pinching miser in the first degree. He cares nothing for the people around him and mankind exists only for the money that can be made through exploitation and intimidation. He particularly detests Christmas which he views as 'a time for finding yourself a year older, and not an hour richer'. Scrooge is visited, on Christmas Eve, by the ghost of his former partner Jacob Marley who died seven Christmas Eves ago.

Marley, a miser from the same mold as Scrooge, is suffering the consequences in the afterlife and hopes to help Scrooge avoid his fate. He tells Scrooge that he will be haunted by three spirits. These three spirits, the ghosts of Christmas past, present, and future, succeed in showing Scrooge the error of his ways. His glorious reformation complete, Christmas morning finds Scrooge sending a Christmas turkey to his long-suffering clerk, Bob Cratchit, and spending Christmas day in the company of his nephew, Fred, whom he had earlier spurned.

Scrooge's new-found benevolence continues as he raises Cratchit's salary and vows to assist his family, which includes Bob's crippled son, Tiny Tim. In the end Dickens reports that Scrooge became ' as good a friend, as good a master, and as good a man, as the good old city knew.

Snacks and drinks are available at the concession stand beginning at 6:00 pm

25th annual production of this exclusive adaptation by Harry Sweet

About Tablerock of Salado

Tablerock Festival of Salado is a nonprofit organization committed to supporting the arts of Central Texas. It is home to "Salado Legends" now beginning its 18th season with a growing ...

Productions by Tablerock of Salado