Tiskettasket, an interactive physical theatre show centered around multi-purposing food. In a series of overlapping vignettes, this performance channels absurdity in many forms, allowing the audience to engage head-deep in fruitful, full-bodied episodes of goof.

Frank Wo/Men Collective is a group of fresh, multitalented, emerging, and established artists based in Austin and New York City. The collective evolves project to project, crossbreeding different assemblages of talent and enthusiasm with each collaborative new work, producing a multitude of forward-thinking pieces which are at times fervid, humorous, or idiosyncratic. The Frank Wo/Men ensemble was nominated for an Austin Critics Table Award for its 2017 debut performance, Loose Gravel, hailed by Fjord Review’s Jonelle Seitz as "contemplative, skilled, inventive, and often hilarious,” as well as “raw, edgy, and occasionally brilliant" by Frank Benge of Broadway World.

Tiskettasket, a one-act, full-sensory production, invites the audience to choose aspects of their experience by giving them each a basket, and allowing them to select which compostable foods they would like to fill their baskets with. These foods will be used in every vignette, engaging the audience in directives that encourage them to create the soundscape for one scene, hurl fistfuls of mush in the next, and experience crafty, 4D interactive companionship with the performers throughout the evening. 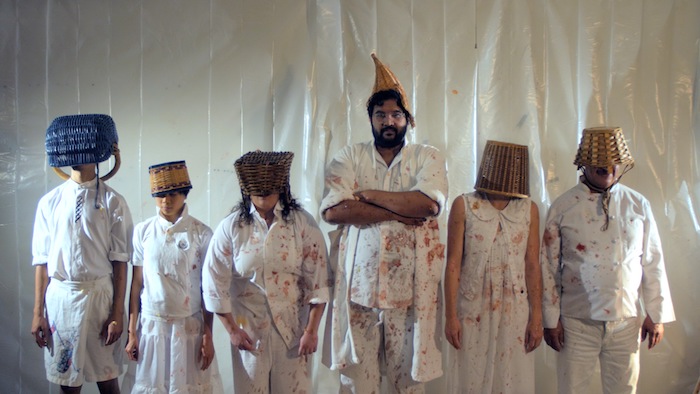 Tiskettasket takes place in a backyard workshop in South Austin, a creatively repurposed space—designed by 2017 Austin Critics Table Winner (Set Design) Chris Conard—covered ceiling to toe in plastic, allowing for many people to feel comfortable and stimulated to engage with their food in non-traditional ways. The show involves a combination of choreographed, technically virtuosic physical theatre vignettes along with pieces that leave room for improvisation and impulse-taking, complemented and influenced by the audience’s choices.

Frank Wo/Men Collective also connects with diverse communities—various performance groups, permaculture groups, civil rights activists, freelancing cross-discipline artists, and artistic co-ops. For Tiskettasket, the collective approaches particularly such groups as Festival Beach Food Forest (a collective of permaculture designers and educators) to help us shape Tiskettasket in a way that is eco-friendly, accessible, and amidst a space that values diversity, the cultivation of creativity, and constant reimagining. Each show will be followed by an after-party including work from other mixed-discipline artists throughout Austin, Texas. 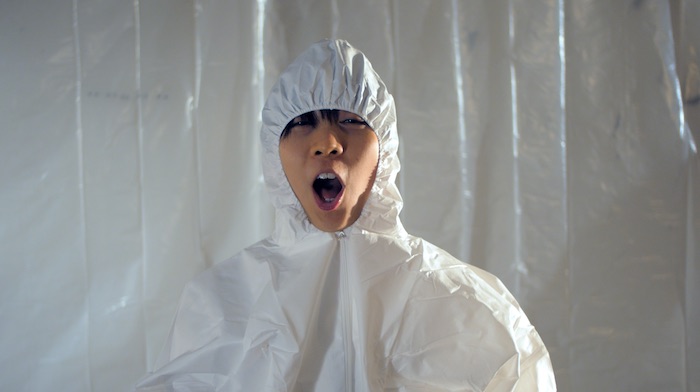 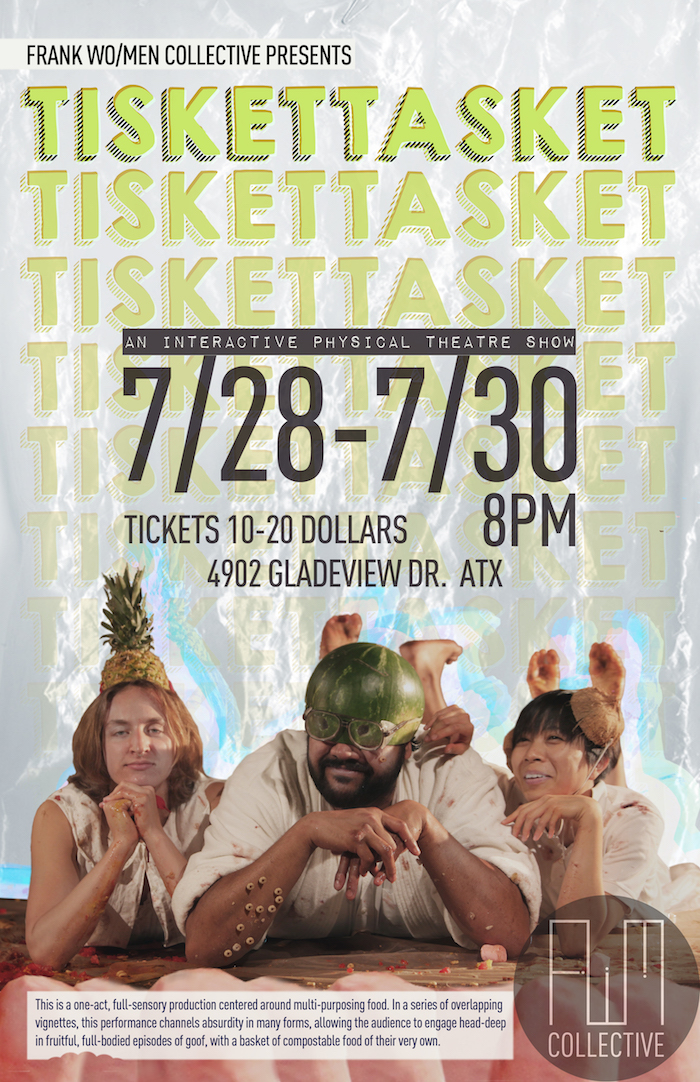 Frank Wo/Men Collective is a group of fresh, multitalented emerging theatre and dance artists based in Austin and New York City. The collective evolves project to project, crossbreeding different ...