In the madcap comedy tradition of Lend me a Tenor, the hilarious Moon Over Buffalo centers on George and Charlotte Hay, fading stars of the 1950's. At the moment, they’re playing Private Lives and Cyrano De Bergerac in rep in Buffalo, New York with 5 actors. On the brink of a disastrous split-up caused by George’s dalliance with a young ingénue, they receive word that they might just have one last shot at stardom: Frank Capra is coming to town to see their matinee, and if likes what he sees, he might cast them in his movie remake of The Scarlet Pimpernel. Unfortunately for George and Charlotte, everything that could go wrong does go wrong, abetted by a visit from their daughter’s clueless fiancé and hilarious uncertainty about which play they’re actually performing, caused by Charlotte’s deaf old stage-manager mother who hates every bone in George’s body.

Sam Bass Theatre’s production of MOON OVER BUFFALO will be directed by Brett Weaver who is making his directorial debut at Sam Bass Theatre. Mr. Weaver has been involved in every aspect of performing arts for over 30 years, doing professional voice over work for commercials, animation and feature films. Mr. Weaver has performed with many of Austin’s most loved Improv Comedy groups, and has been seen on the Sam Bass Stage in “The Boys Next Door,” “God’s Favorite,” and “For The Love Of Mahalia.” When asked about why Mr. Weaver took on one of the most beloved shows to ever hit the stage, Mr. Weaver Said “It's funny! And there are moments that show more of the humanity of these characters. I think that this show is hilarious and let’s face it we just need to laugh more. That's what I hope to bring to our audiences.”

Mr. Weaver is thrilled about the caliber of talent he was able to cast in this fantastic show saying “There are a lot of new faces on Sam Bass' Stage. It's a wonderful opportunity to see known Austin actors in a smaller setting! We have a great cast of characters performing in this show!  Lots of  physical comedy and quips!”

Bios of Key Cast Members:
R. Michael Clinkscales as George Hay -
R. Michael Clinkscales has multiple degrees from 2 mid-western universities (K.A.L.A.M.A.Z.O.O. oh what a guy in Kalamazoo, zoo, zoo, zoo) where he studied Theatre, Music, and Dance among other worldly things (making his living in special education). R. Michael spent part of his childhood in Dallas but finally returned too, and settled in central Texas almost 24 years ago.  R. Michael’s favorite roles include Max Prince in Laughter on the 23rd Floor (City Theatre), The Baker in Into The Woods (City Theatre), Charlie Brown in You’re a Good Man Charlie Brown (Sam Bass Theatre), Brian in Ave Q (Austin Theatre Project, B. Iden Payne Best Production of a Musical), Dr. Frederick Frankenstein in Young Frankenstein: The Musical (Wimberley Players) and Pseudolus in A Funny Thing Happened on the Way to the Forum (City Theatre, Broadway World Austin and Central Texas Excellence in Theatre Nominee Best Lead Actor in a Musical).  However, R. Michael’s all-time favorite role is as husband and father (children 19, 17, 12 and 11 y/o, husband 50).??
Carolyn Wright as Charlotte Hay -
Carolyn grew up in Buffalo, New York and received her BFA in Music Performance from SUNY at Buffalo.  After falling in love with a native Texan, Carolyn now calls Austin her home.  This is Carolyn's second Sam Bass production and is thrilled once again to work with such a talented cast and crew.  When not acting, you’ll find Carol volunteering at Dell Children’s Medical Center with her Standard Poodle, Jasmine.  Carolyn is represented by Acclaim Talent.
Scott Shipman as Richard Maynard -
Scott has been active in the central Texas theater community for over 10 years as an actor and director, having been a guest artist at St. Edwards Mary Moody Northern Theater (Merrily We Roll Along, She Loves Me), worked with Zach Theater (Urinetown: The Musical, Present Laughter, Ragtime, etc), Zilker Summer Musicals (Annie Get Your gun, Beauty and the Beast, Hairspray, Shrek, etc.), Austin Playhouse (Chicago), Austin Lyric Opera (Tosca, l'Etoile, The Italian Grl in Algiers, La Traviata), Archangel Theater (Guys and Dolls, How to Succeed....), Penfold Theater (Perfect Profile) Georgetown Palace (Anything Goes, Peter Pan, Thoroughly Modern Millie, Xanadu), Austin Shakespeare (Hamlet), and numerous other companies.  Nominated for numerous Austin Critics awards, B. Iden Payne awards, Broadway World Awards, and assorted others.  He also has a cat.

Technical Direction by ERIC NELSON. The production features Scenic Designs by DEBORAH MISCHEL/ERIC NELSON/JIM MISCHEL With OLIN MEADOWS as Costume Designer and Make Up By KATIE BROWN with PATRICK MCELHINNEY as Stage Manager.

MOON OVER BUFFALO IS PRODUCED WITH SPECIAL ARRANGEMENT BY SAMUEL FRENCH  PLAY SERVICE.

Recommendation: This show is rated PG for some mild adult language

Special events in celebration of MOON OVER BUFFALO, include:

The City Of Round Rock, and Round Rock Arts are the Leading Sponsors for MOON OVER BUFFALO

Sam Bass Theatre - A non-profit organization, Sam Bass Theatre creates intimate theatre experiences that ignite the imagination, inspire the spirit, and engage the community. The Sam Bass Community Theatre (SBCT) has been offering quality live theater to the Round Rock/Georgetown/Austin area for over thirty five years. Proud to be the first theatre company in Round Rock, SBCT strives to create thought provoking, entertaining, and enchanting live theatre all year long. We respect, value and celebrate the unique attributes, characteristics and perspectives that make each person who they are. We also believe that bringing diverse individuals together allows us to collectively and more effectively contribute to the development of the arts in Central Texas.Sam Bass Theatre’s 2016-2017 Season is sponsored in part, City of Round Rock.

Get $5 off Tix on opening weekend at www.sambasstheatre.com/tickets 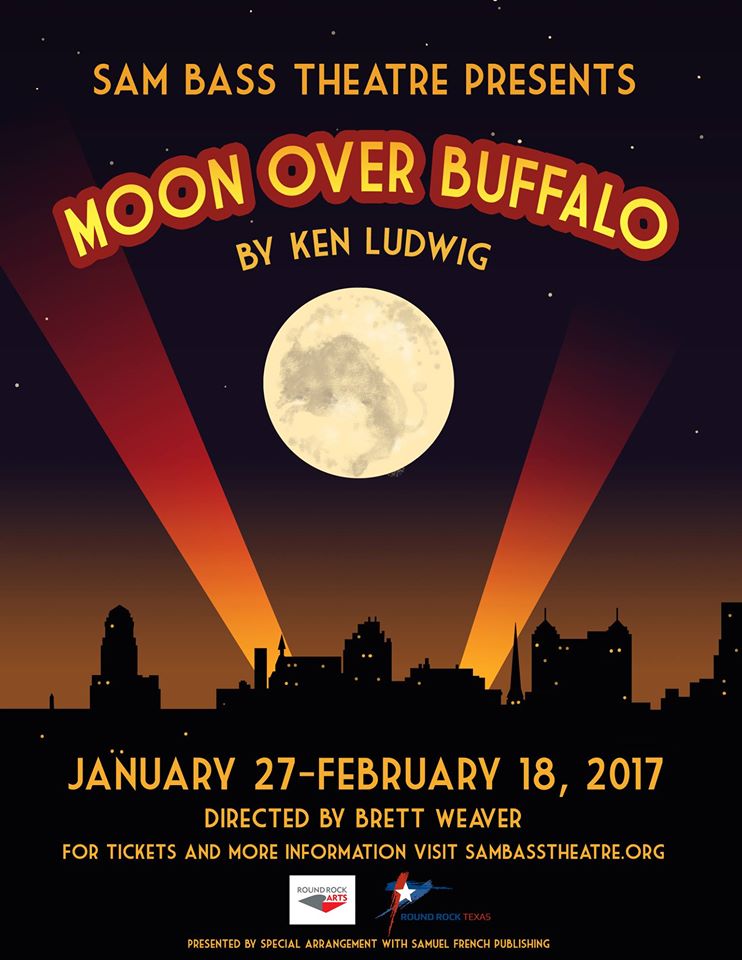 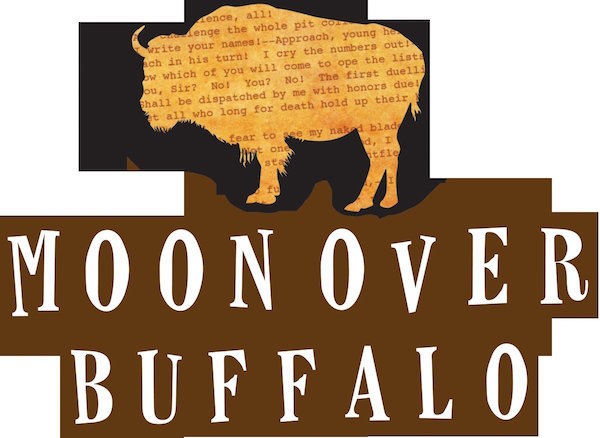