Meet Wendla, a young girl yearning to understand what it means to be a woman; Mortiz, a troubled young boy struggling to come to terms with his new desires; and Melchior, a highly intelligent atheist with a desire to rebel. In an electrifying fusion of morality and rock and roll, this unforgettable musical explores the journey of eleven young people from adolescence to adulthood with poignancy and passion. Winner of eight Tony Awards, including Best Musical, The New York Observer calls Spring Awakening “the best new musical in a generation.”

Warning: adult themes and language. Not suitable for all audiences and not recommended for those under 17. 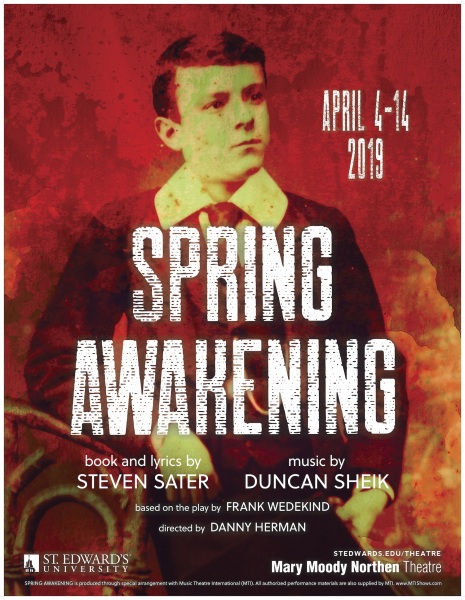 Mary Moody Northen Theatre operates on a professional model and stands at the center of the St. Edward's University professional theater training program under the School of Humanities. MMNT is a ...