Musical theatre is back in Austin. In this homecoming story set about 2016, tension in this family of rock singers starts high and launches higher. It gives the pandemic its final stomping into the ground.

Musical theatre is back in Austin. The Ground Floor Theatre (GFT) production of Unexpected Joy reestablished the place as a venue for well-produced musical theatre in Austin. In the hands of director Lisa Scheps and the design and production team at GFT, the musical with book and lyrics by Bill Russell and music by Janet Hood, gave us an evening of entertainment and thoughtfulness that could and should be seen everywhere in our nation. …

Wheelchair-bound, Mikey seems touched, creating a pseudo-home from nothing amid all his problems . . . but before long, we see that Mikey's only problem is that his heart is larger than his head.

After years waiting for the Covid 19 pandemic to blow through so we could go back to live theatre, rain falls special on me premiered at the prestigious Ground Floor Theatre on the east side. And Covid 19 hasn’t even blown through yet. The play is a literary telling of homeless stories through six human characters and one dog character. All seven are homeless and needed to address the hydra we label homelessness before …

Review: Next to Normal by Ground Floor Theatre

This collaboration between Ground Floor Theatre and Deaf Austin Theatre is unique, and it's groundbreaking in the effectiveness of both concept and execution. Highly recommended; one of the must-see theatrical performances of the year.

Diana, portrayed simultaneously by Megg Rose and Kerry McGinnis, is suffering from bipolar disorder. Her psychic struggles spread out and ensnare all those near and dear to her. First affected are  her husband and daughter; from there her crisis reaches  her doctor, her daughter’s boyfriend, and — most frightening of all — the ghost of Gabe, her long lost first born.   The brilliant dual casting of most parts with two distinct performers, one … 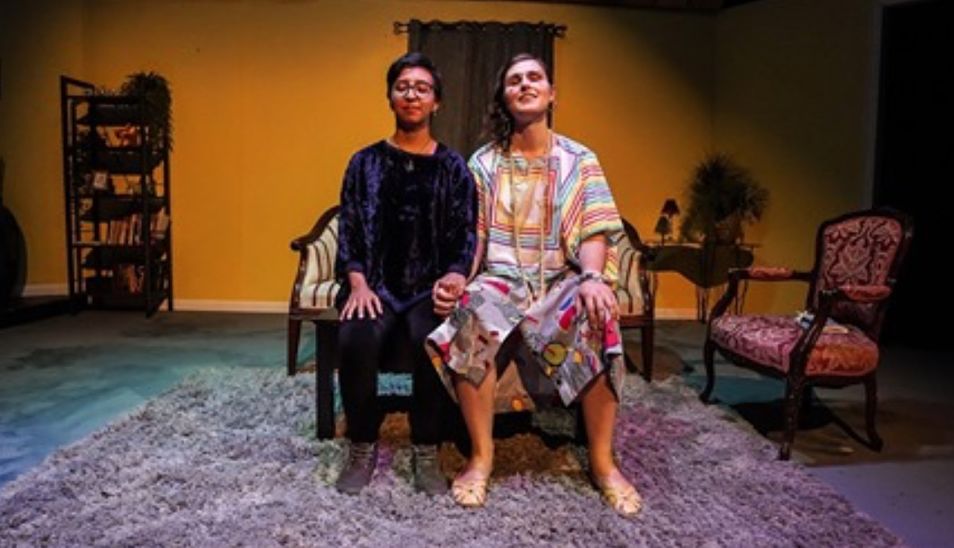 Direction by Scheps and O'Rear melds cast members' stories of transgender life, enacted as much as told, into a smooth, coherent narrative.

Transom is a play about found families and the demands they place on their members to keep them together. This gives the play the dramatic tension that makes for engaging stage presentations. The play being about a family of transgender and gender nonconforming individuals only emphasizes its point that, in its essence, a found family is no different from otherl families.    The cast and most of the production staff are transgender pesons. That … 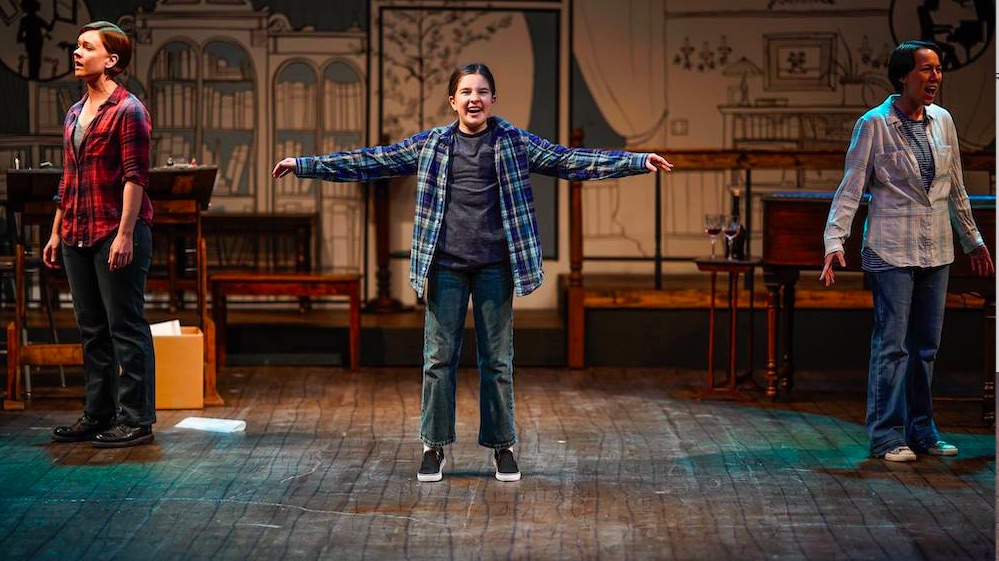 by Michael Meigs
Published on December 25, 2018

For the sake of the artists, the theatre, and the significant thematics of FUN HOME, the reports of sold-out houses were encouraging. For me this story of intimate sensibilities and missed reconciliation was an acoustic mess.

There is a charming love story at the center of Fun Home, the musical based on Alison Bechdel's ground-breaking graphic novel of the same name. Taylor Flanagan, playing Bechdel, makes a new friend at Oberlin College when she hesitantly visits the Gay Students Union. Joan-- attractive, open and friendly -- is the bridge by whom Alison discovers love.  Meeting the sweet generosity of Joan, jumpy, inhibited Alison begins to see a way forward to fulfillment … 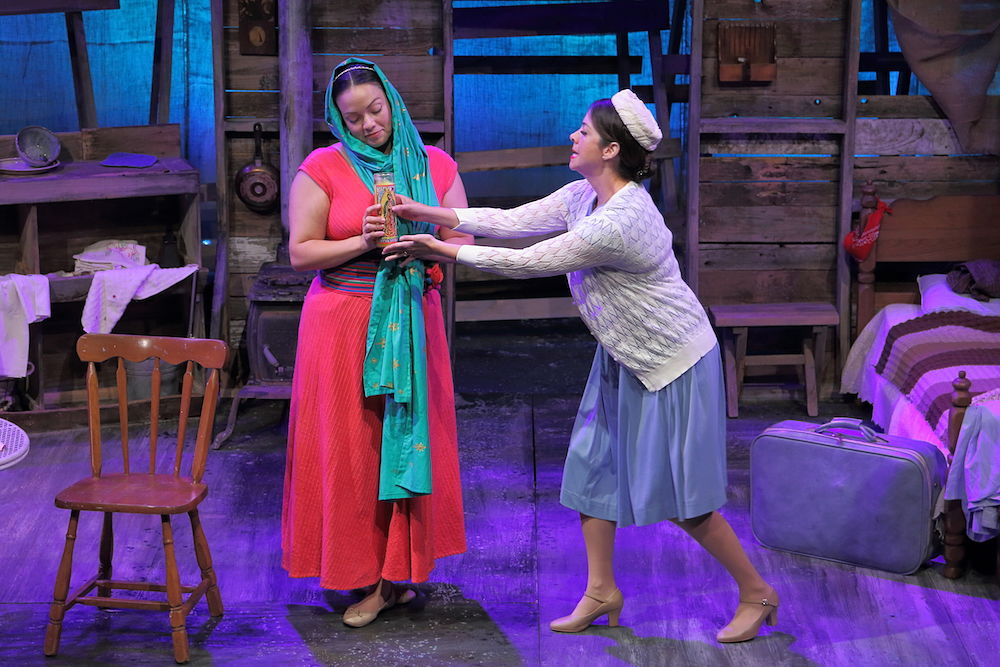 Review #2 of 2: There and Back by Raul Garza, Ground Floor Theatre

Raul Garza's THERE AND BACK is a universal tale presented within the specific culture of Latin migrants. Performances by the three-person cast, with Karina Dominguez as the protagonist, draw in the audience firmly yet subtly. The design fields make for a brilliant play.

Have you ever felt your home was not really your home, even when it is merely a converted chicken coop? And have you been told by all around you that the land you work with your hands is not your country? This deep-striking sense of dislocation is one of the first conveyances of There and Back, assisted mightily by Ia Ensterä’s exploded set, centered on the aforementioned avian shelter. Raul Garza’s cry from the heart is presented in …