Bob Jones and his wife Jennifer meet their new next-door neighbors, John and Pony Jones. They discuss their lives, giving an "inside look at the people who live next door, the truths we think we know and the secrets we never imagined we all might share."[6] Eno said that he wrote The Realistic Joneses because he " 'wanted to really just write a naturalistic and realistic play.' Not that 'Realistic Joneses' is precisely realistic. Both plays ['Open House'] read like sitcoms broadcast from a weirder, more melancholy world."[7]

The Realistic Joneses premiered at the Yale Repertory Theater, New Haven, Connecticut in 2012 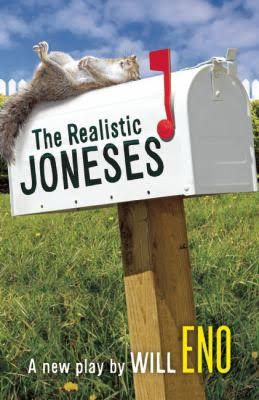