Roosters tells the passionate and symbolic story of a family in the American Southwest. The crux of the play is the battle for supremacy between a father, Gallo, who wants to exploit the family's fighting rooster, which his son has been looking after, and Hector, his son, who argues that they should sell the animal and use the proceeds for family needs.

Synopsis: Hector, a young campesino, is apprehensively awaing the return of his father, Gallo, who has been serving a jail term for murder. Gallo, who is obsessed with cock fighng, is a philandering, high-living macho type, who finds it difficult to communicate with his contemplative, questioning son. The crux of the play is the battle for supremacy between the father, who wants to exploit the fighting cock which his on has been looking after for him, and Hector, who argues that they should sell the animal and use the proceeds. Drawn into the dispute are Hector’s sister, Angela, who wears angel wings and blots out unpleasant reality by hiding under the front porch; his lusty, profane tia, Chata, and his long-suffering mother, Juana, who wish her family would live in peace. Mingling scenes of explosive drama with moments of fanciful imagery, Roosters deftly blends its two natures as it moves to its conclusion, when in a theatrically magical moment, illusion and reality achieve a remarkable synthesis.

Gallo, a handsome and dominant father in his forties. He is selfish and proud and loves the sport of cock fighting.

Zapata, an actor/dancer who represents the rooster, Zapata.

Hector, a young son in his twenties who provides for his family. He is resentful towards his father.

Angela, a young girl/angel and daughter who yearns to escape the constraints of her life. She is fiifeen but looks twelve. This actor should play mid-teens regardless of actual age.

Juana, a housewife in her mid- thirties. She’s been mother and father to Hector and Angela.

Chata, an aunt who loves booze and men. She is in her late 50s and gives new meaning to the word blowsy.

Shadow #1, a male or female stranger.

Shadow #2, a male or female stranger.

San Juan, an actor/dancer who represents the rooster, San Juan.

Editions of Roosters can be found online at The Dramatists Play Service website or in anthologies available on Amazon.com. 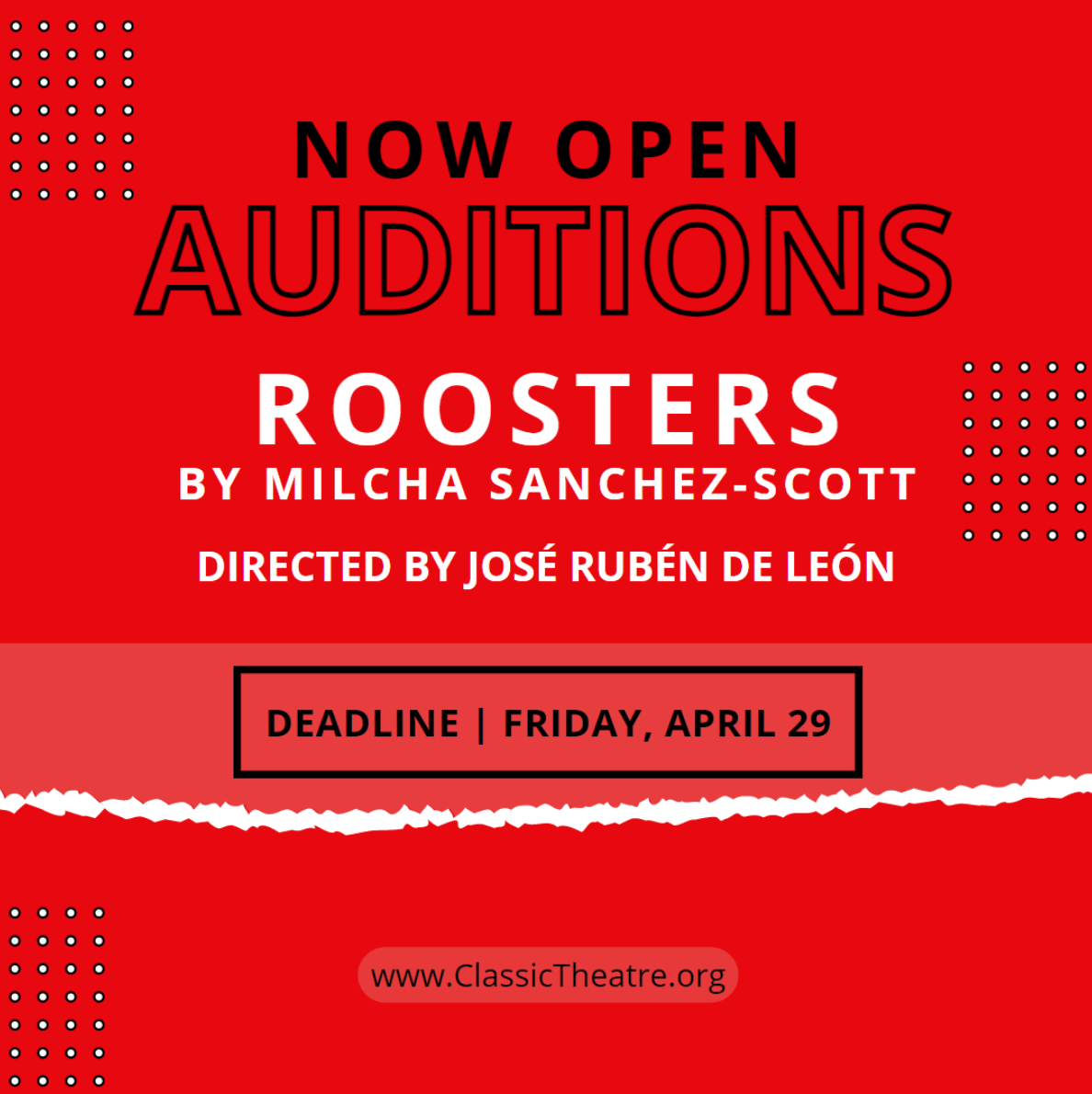