The Moors
by Hyde Park Theatre

Two sisters and a dog live out their lives on the bleak English moors, and dream of love and power. The arrival of a hapless governess and a moor-hen set all three on a strange and dangerous path. The Moors is a dark comedy about love, desperation, and visibility.

Spread the word y'all! This is a strange and glorious play. HYDE PARK THEATRE AUDITIONS, beginning at noon Sunday March 19, 2017 for THE MOORS by Jen Silverman, running July 6 - August 5.

Needed are five women and one man ages 20s-40s. All ethnicities strongly encouraged to audition (this will be a diverse cast). All actors will be paid. Email Ken Webster (hydeparktheatre [AT] gmail.com) for an appointment.

AGATHA -  F, Elder spinster sister. Spidery. Dangerous. Cold.
HULDEY - F, Younger spinster sister. She has a diary. She wants to be famous.
EMILIE - F, The governess. A romantic with a sweet face.
MARJORY - F, The scullery maid. Down-trodden. Strategic.
THE MASTIFF - M, The dog. He looks fierce and brutal but is a sad philosopher-king.
A MOOR-HEN - F, A small chicken. Practical but easily frightened.

Photo of Jessica Love in the February 2016 production at Yale; Joan Marcus via NY Times) 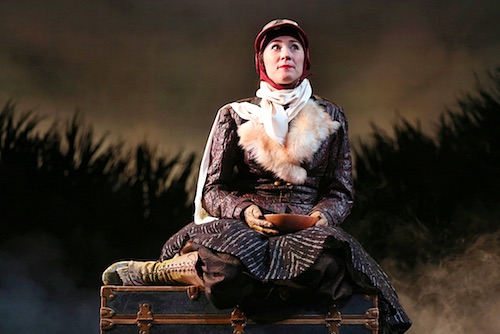