The VORTEX presents the world premiere of Terminus by Gabriel Jason Dean, directed by Rudy Ramirez. An intimate family drama haunted by the traumas of race and class in the South, Terminus is another visceral and heartbreaking chapter in Gabriel Jason Dean’s cycle of plays about the Georgia working class, The Attapulgus Elegies.

For years, Eller Freeman has raised her grandson, Jaybo, in the same ramshackle house by the railroad tracks where she grew up. Their love has seen them through loss and violence, but as Jaybo struggles to imagine a future as a mixed-race young man in rural Georgia, Eller’s mind begins to deteriorate, and the ghosts of a long-buried crime rise from the depths of memory, demanding justice even if it means destroying the home that Eller and Jaybo have built with their hearts.

This project is funded and supported in part by VORTEX Repertory Company, the Texas Commission on the Arts, and by the Cultural Arts Division of the City of Austin Economic Development Department. 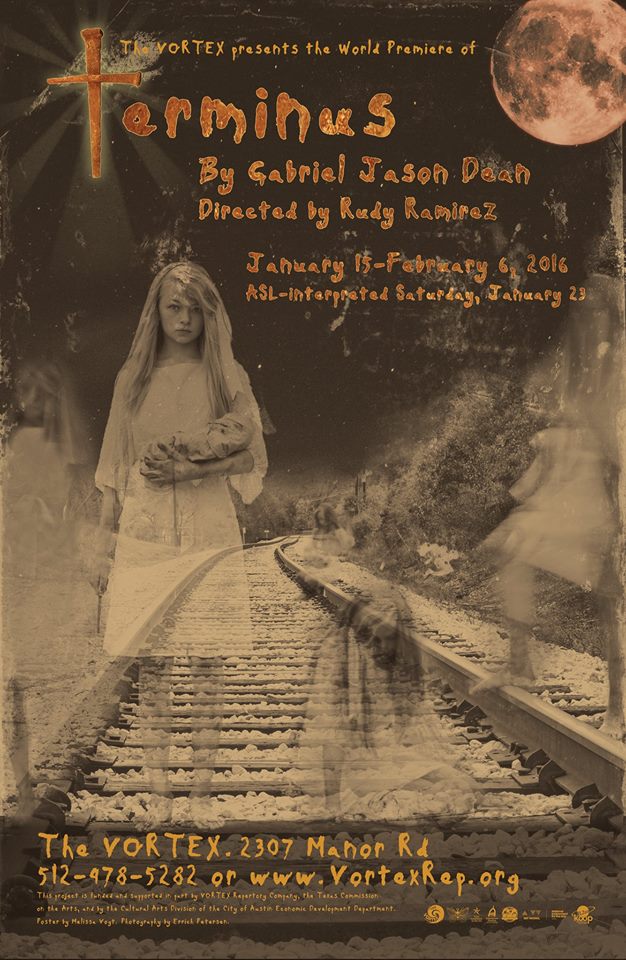