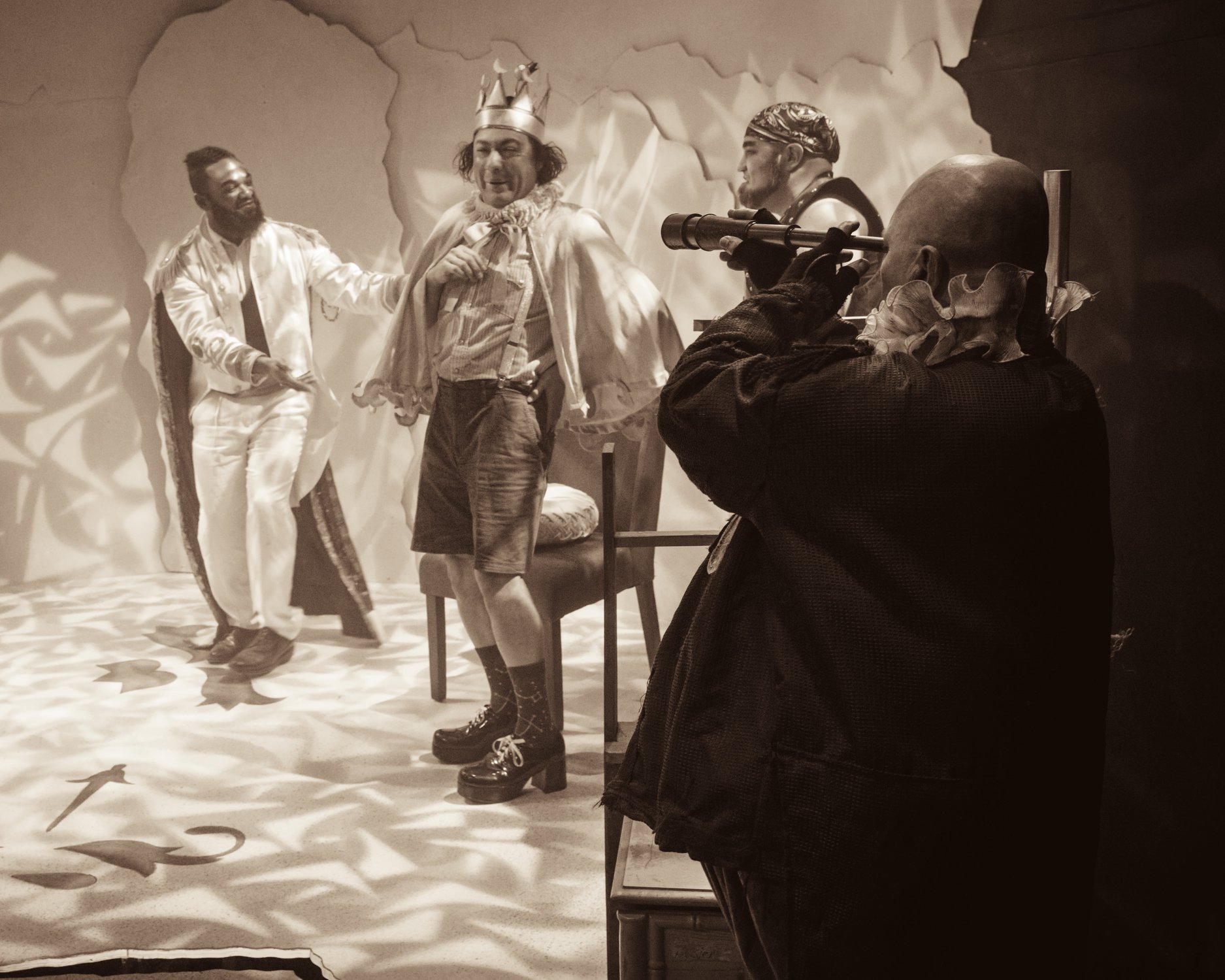 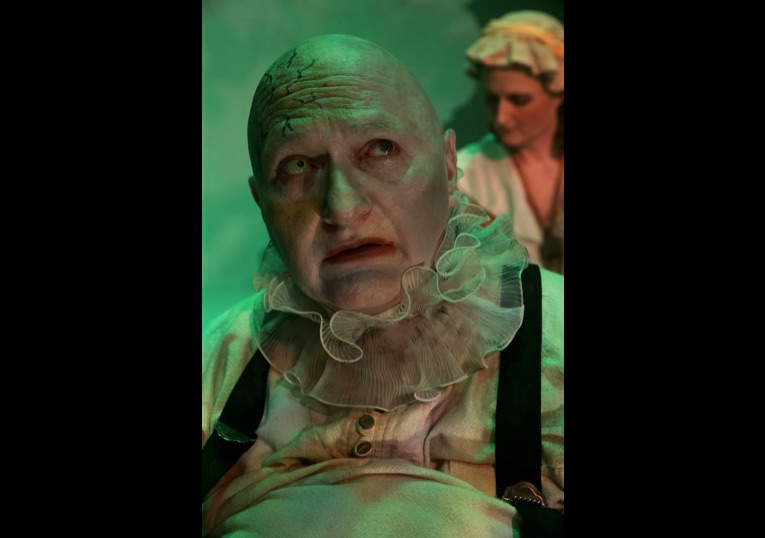 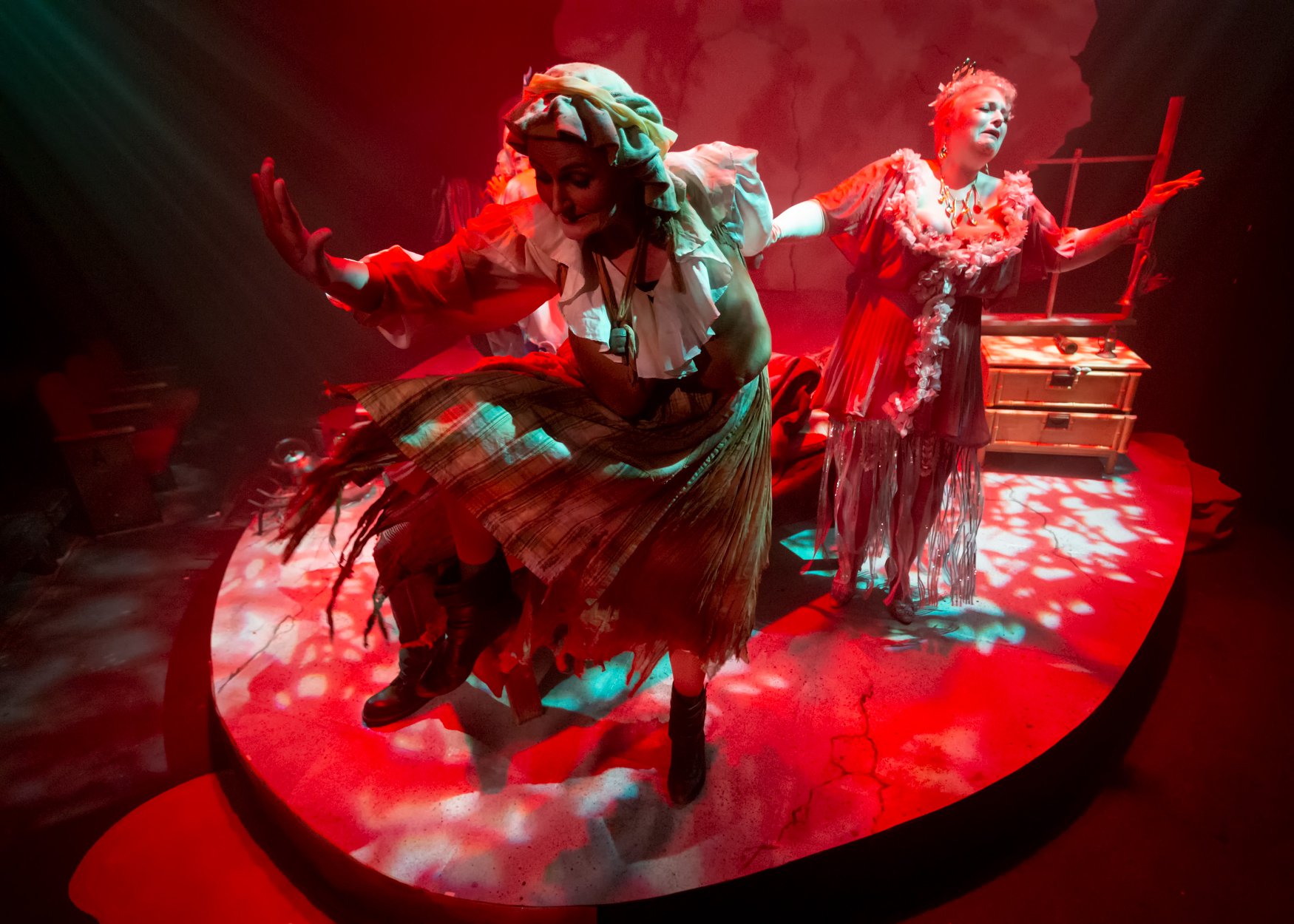 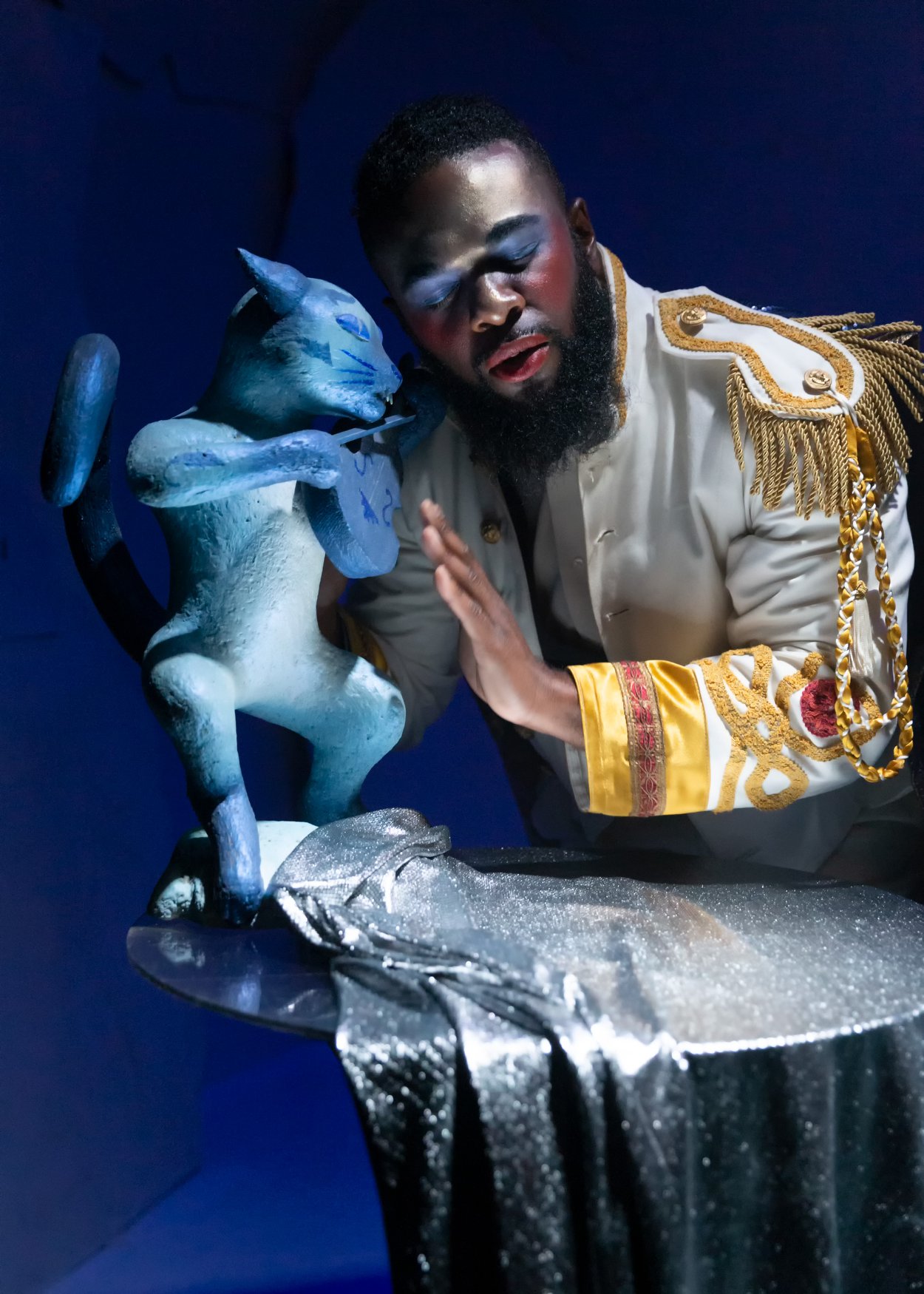 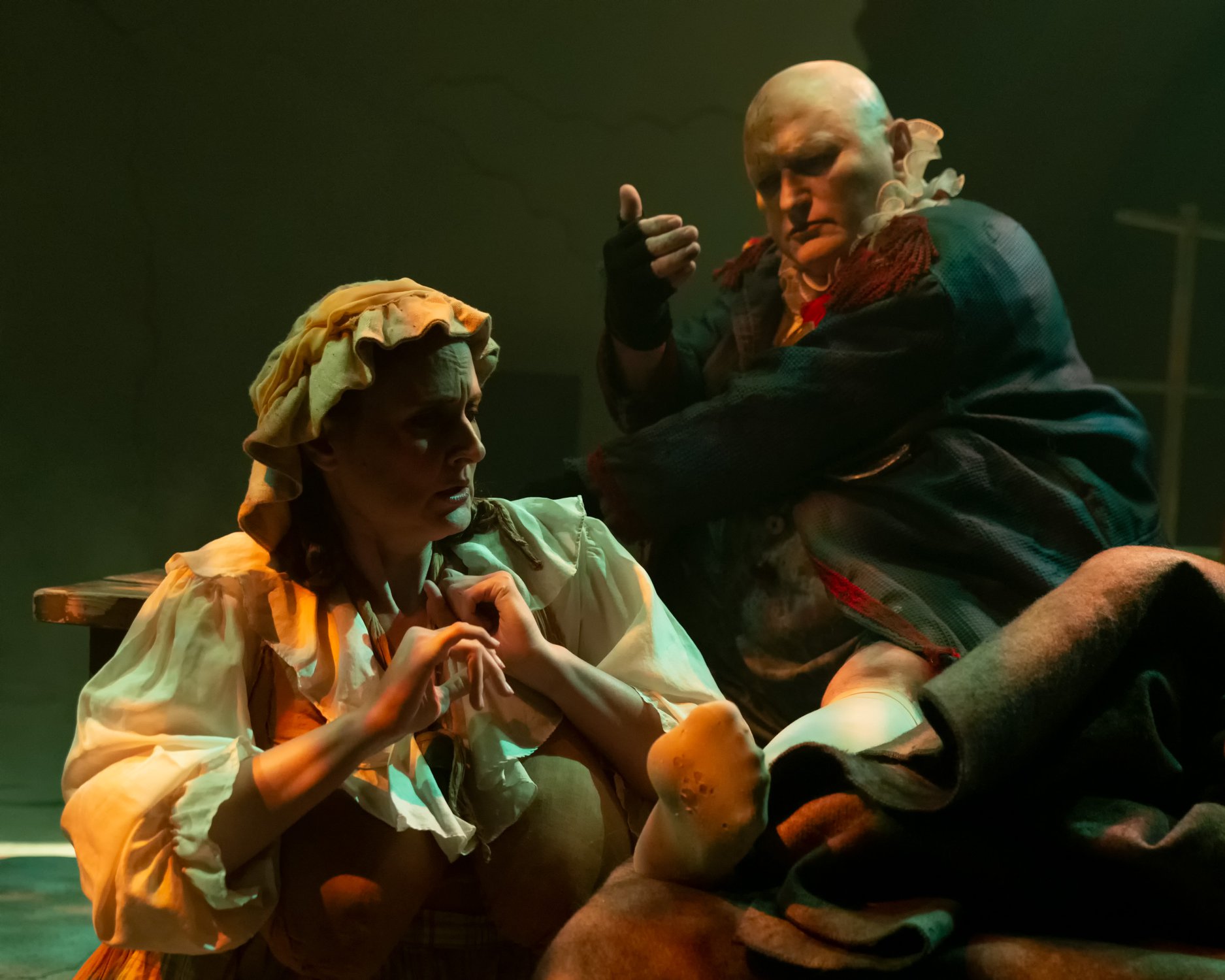 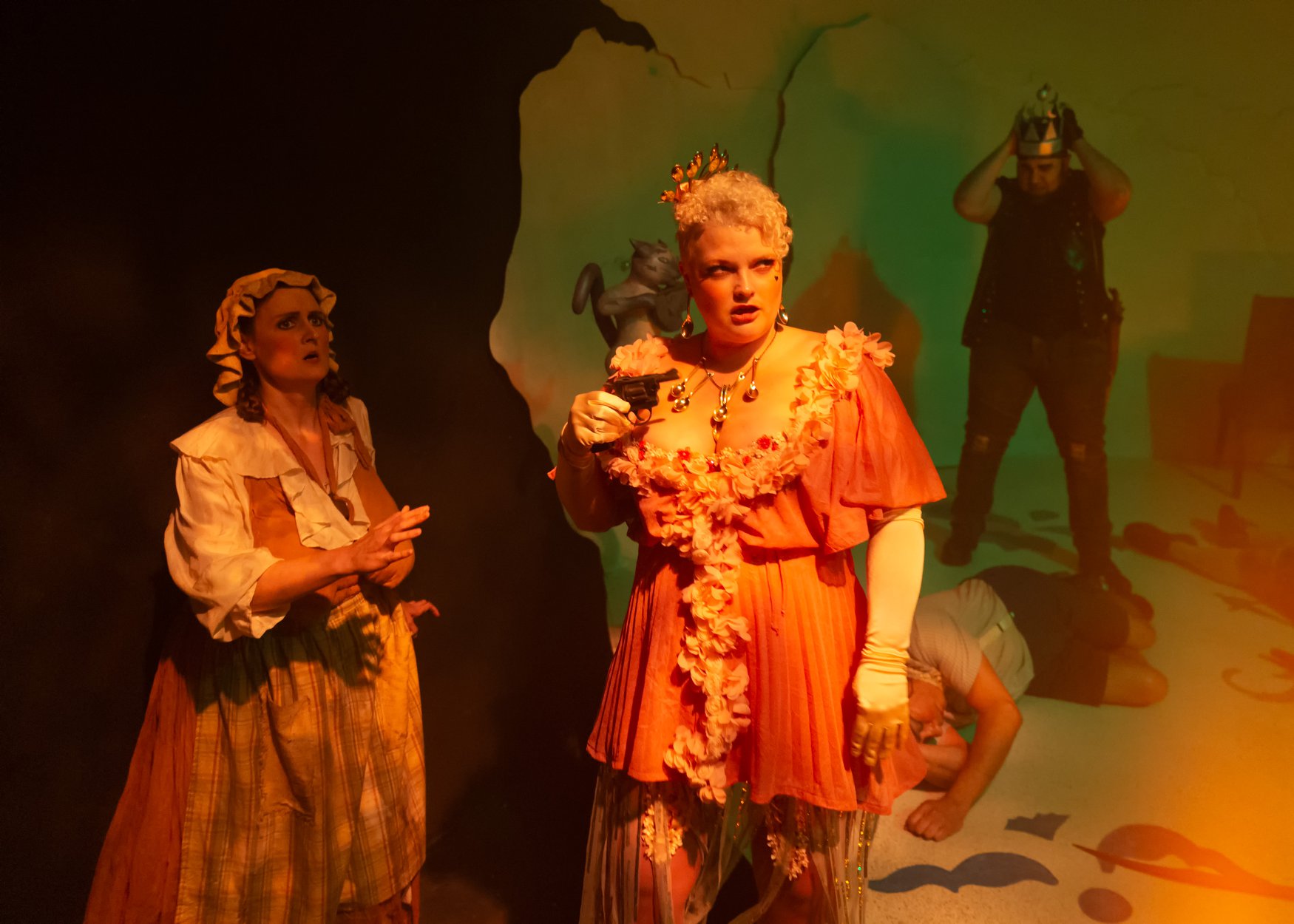 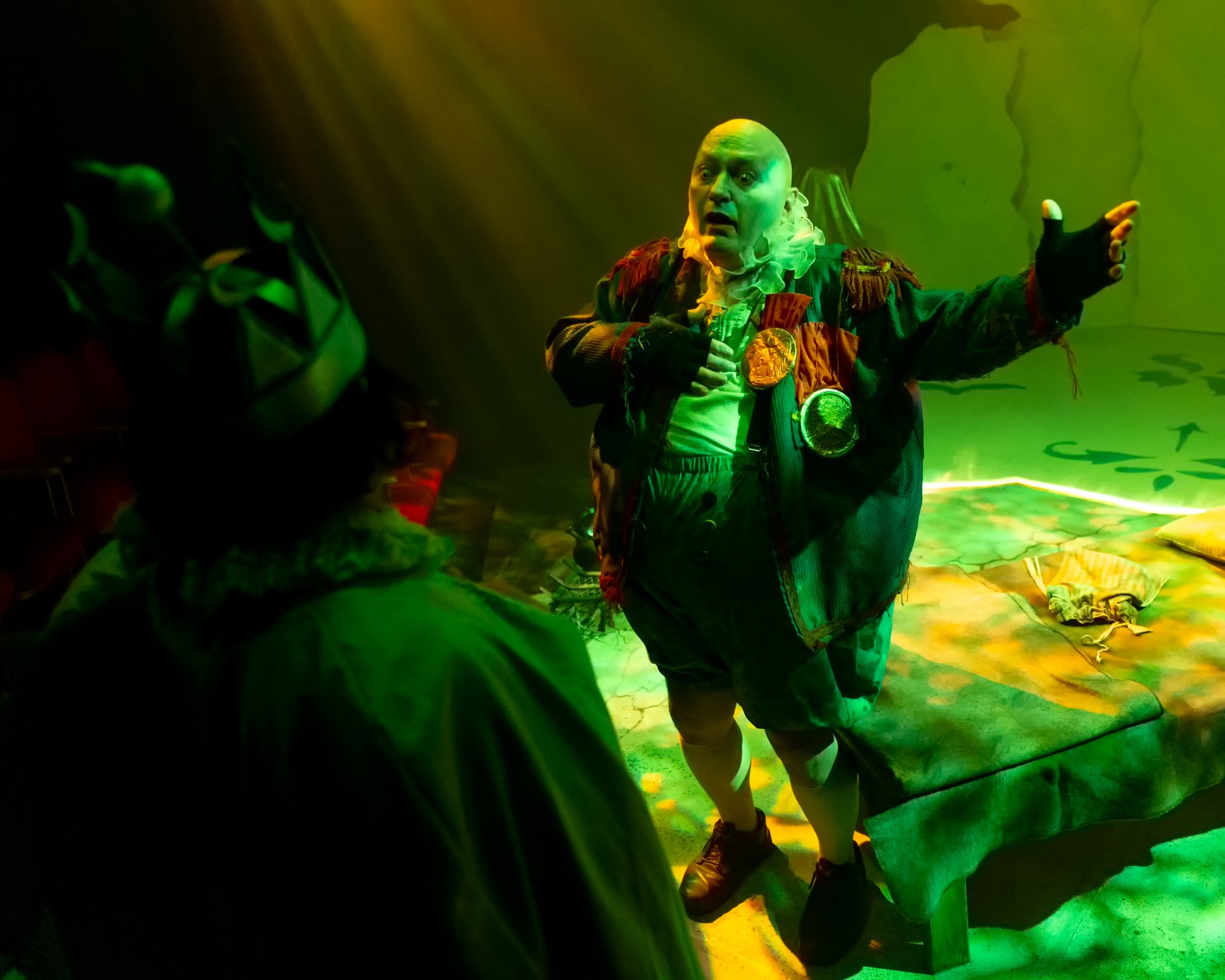 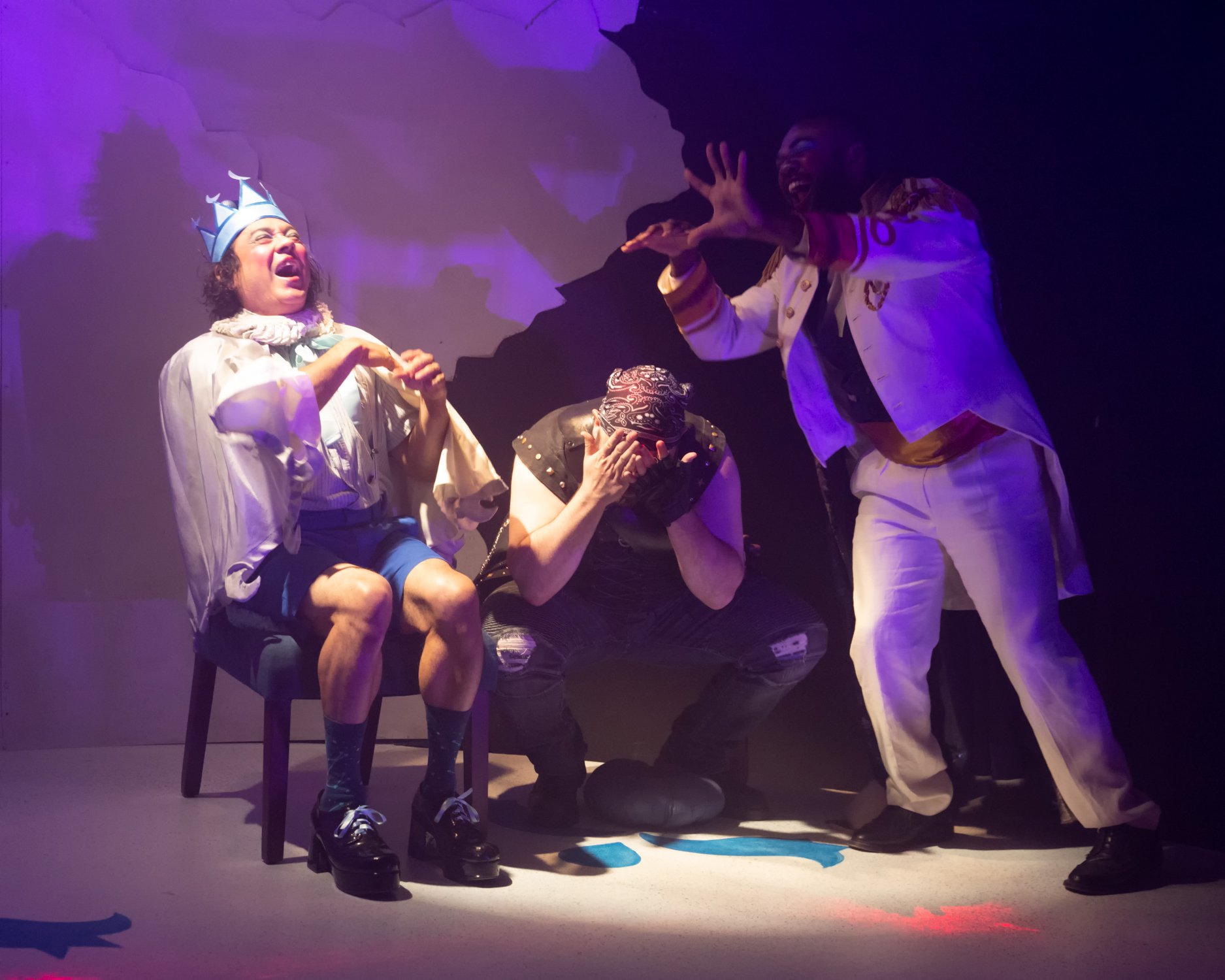 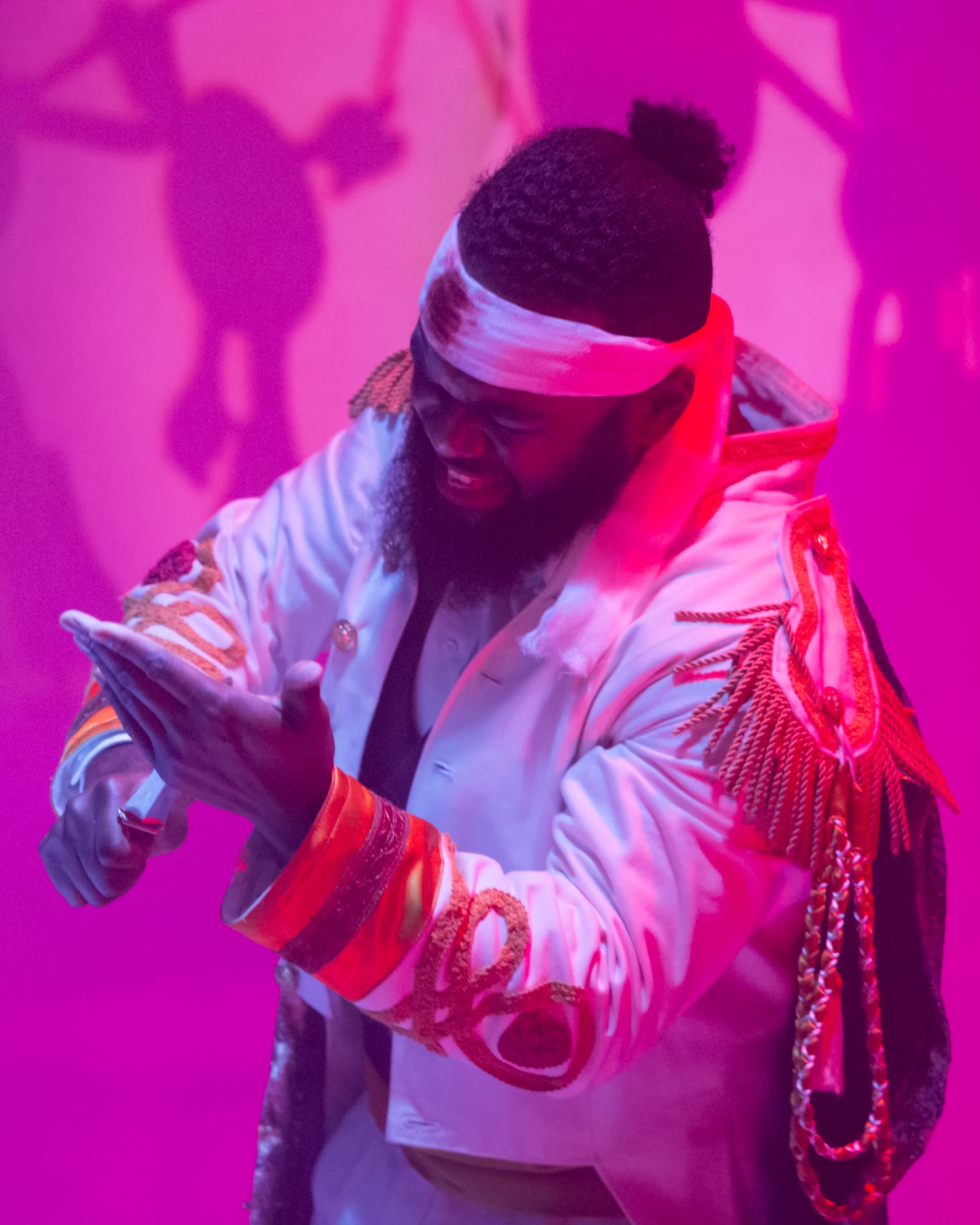 Ethos, in association with The VORTEX, is proud to present the return of :Humpty, a twisted nursery rhyme pantomime and winner of the 2012 B. Iden Payne Award for Outstanding Original Score. Gabriel Maldonado was also nominated for his Outstanding Performance as King Koray. One of Ethos’ most unique artistic jewels, :Humpty returns with a new revisioning--7 years later!! There is no “spoken” language in :Humpty, so this show is accessible to non-English speakers and deaf and hard-of-hearing audiences.

General Humpty got cracked on the head during the War, and now he is behaving very badly. Loosely based on the nursery rhyme characters Humpty Dumpty, The Spoon, The Dish, The Cow, The Dog, and The Moon, ethos offers up a dark tale with adult aesthetics (not appropriate for children).  Funny and disgusting, charming and startling, :Humpty features an all-star cast presenting an extraordinary and unconventional  performance.

The story delves beneath the surface of the nursery rhymes, uncovering a story of War, Post Traumatic Stress Disorder, slavery, and the disparity of wealth and poverty. Betrayal, magical armies, and mortal combat ensue as the characters fight for their lives, loves, and freedom. :Humpty defies expectation with a mix of live action, music, video, movement, and humor. 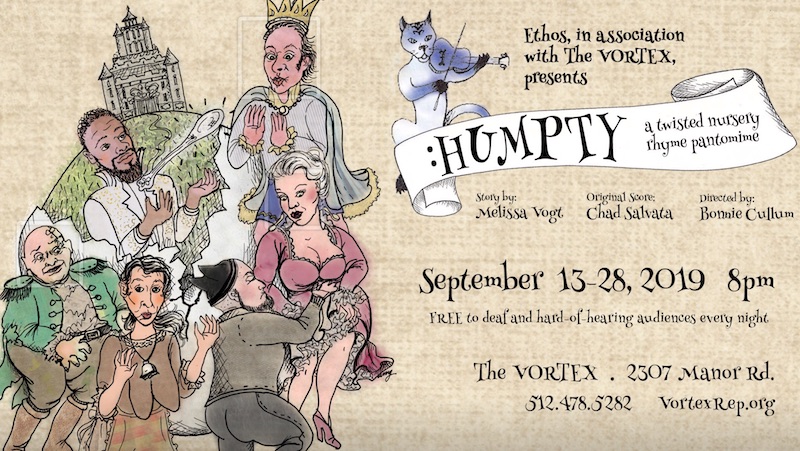