Playwright Elizabeth Doss returns often to Spanish literature and culture for her inspirations.  Her contemporary play Mast was set largely in Latin America, as was the magical-realist Catarina de Erauso of 2017. Her attention to Lorca’s art and playwriting seems almost inevitable for her.

In an informal interview while painting the set, Doss explained her attraction to Federico García Lorca, little known to English-speaking audiences. Perhaps best known for the intensely poetic folkloric verse tragedy Blood Wedding, Lorca was a member of the Generation of ’27, an artistic group along the lines of Dada and the Surrealists. He was a companion of Luis Buñuel and Salvador Dalí, and they all held international renown at the time. They were antifascists. A great many of Spain’s poets and writers fled the country during the 1936-39 civil war or survived by hiding or fighting. Lorca was arrested and summarily executed. His remains have never been recovered.  Since winners write history and control the arts, few efforts were made to elevate his work during the Franco era (the dictator ruled for 39 years, to 1975).

El Público is a surrealist work focused on homosexual desire, presenting scenes that they may be taken either as hallucinations or as “dramatic reality.” The work asserts the right to sexual freedom.

Doss’s adaptation, entitled The Audience (El Público), is approximately the same length as the original, but this is necessarily only an estimate.  Most of the original manuscripts were lost or damaged, the frequent fate under Franco of art from the short-lived Second Republic (1931-1939). The sole surviving copy, incomplete, was kept by a friend under lock and key and published only in 1976, the year after Franco died. The first professional production in English of The Audience took place in 1986.

Despite all the difficulties, Doss tries to remain true to the spirit of the original in her adaptation. Paper Chairs brings forward all its symbolist, surrealist, and Dadaist features, including spectacle, nonlinear storytelling and imagery and action from the commedia dell’arte.  She and Lisa Laratta direct the work. Laratta, an award-winning designer, offers another unique set featuring wall sculptures inspired by line drawings Lorca drew  to illustrate his books of poetry.  Chris Conard is technical director.

The Audience (El Público) runs at the Austin Playhouse theatre at Austin Community College Highland Mall from July 26 to August 11, 2018. 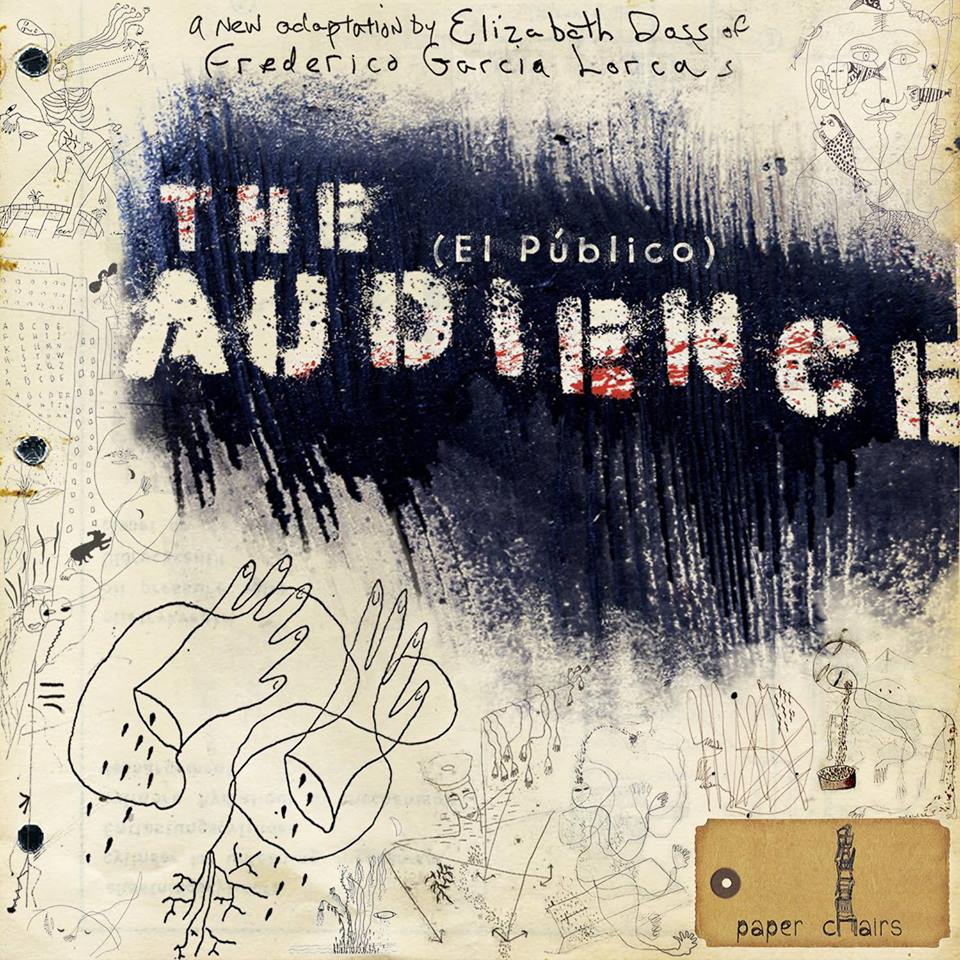