ZACH Theatre celebrates its 85th Anniversary season with one of the greatest and most beloved classic musicals, brought to the stage in a new splashy, song and dance valentine to the Golden Age of movie musicals. For the first time in Austin, this production is sure to a smile on your face and a spring in your step. With book by award winning writers Betty Comden and Adolf Green, lyrics by Arthur Freed, and music by Nacio Herb Brown, the joyous score features well-known songs like “Good Morning,” “Make ‘Em Laugh,” and the favorite, “Singin’ in the Rain” which will soar with ZACH’s full orchestra. What a glorious feeling, I’m happy again!

Single tickets go on sale, Monday August 14.  Tickets start at $25 and are available online at zachtheatre.org, by phone at 512-476-0541 x1, or in person at the ZACH Theatre Box Office, in the Topfer Theatre, 202 South Lamar Boulevard. (corner of Riverside Drive and South Lamar) Monday through Saturday, 12–5p.m.  ZACH Theatre is wheelchair accessible.  Discounts are available for groups of 8 or more. Student Rush Tickets are $18 one hour before show time (with valid ID).  Single tickets go on sale Monday, August 14.

Age Recommendation: Six and up.

Special events in celebration of Singin’ in the Rain: 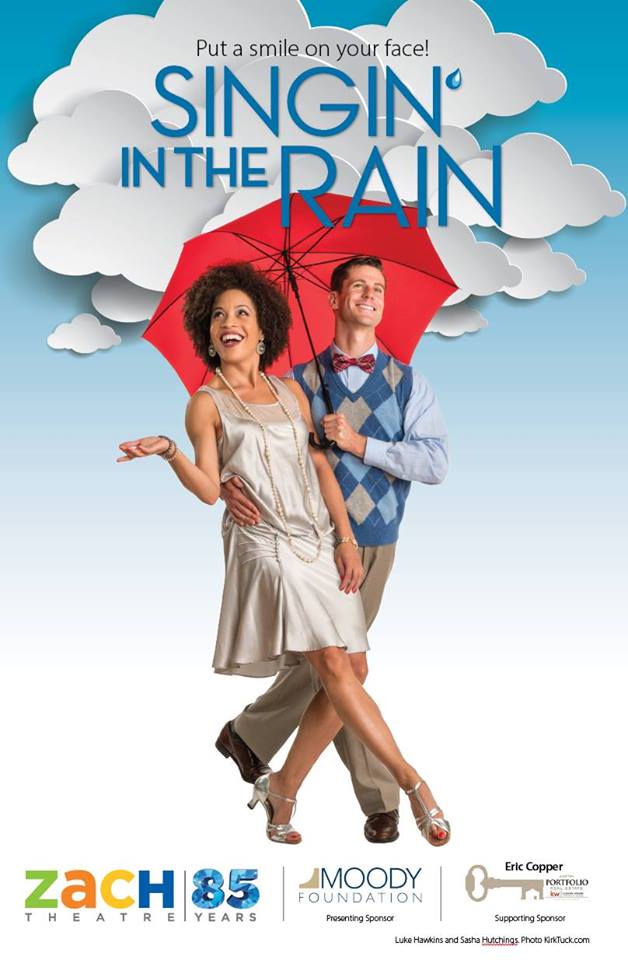