Mozart's The Abduction from the Seraglio, Star Trek version, will be staged February 6, 2016 at 8pm and February 7, 2016 at 2:30 pm at the Charline McCombs Empire Theatre.

Mozart’s tale of two men rescuing their kidnapped girlfriends from a harem, has become an episode of “Star Trek,” with the Enterprise crew, Klingons, slave girls and lots of fun.

Sung in English with a new translation by Josh Shaw, the production celebrates the 50th anniversary of Star Trek.

The original story of the opera revolves around an attempt by the hero Belmonte/Captain James T. Belmonte (tenor Brian Cheney) and his servant Mr. Pedrillo to rescue his girlfriend Lieutenant Constanza who has been kidnapped by the Pasha (Ottoman empire governor) Selim/Chancellor Belim along with her servant Blondie. In collaboration with Pacific Opera Project.

Handel's Acis and Galatea will be staged May 21-22 at the Charlene McCombs Empire Theatre.

A nymph, a shepherd, and a cyclops -- And you thought your love life was complicated.

Charming and deceptively sweet, this English pastorale tells of a demigod in love with a mortal— and what happens when another demigod gets jealous.  Using a libretto by John Gay, composer of The Beggar's Opera, Handel wove some of his most beautiful melodies into the story of Galatea, her beloved Acis, and the sinister Polyphemus.

Singers should prepare two selections from the opera or other classical repertoire, at least one of which should be in English. An accompanist will be provided.

All roles are paid. 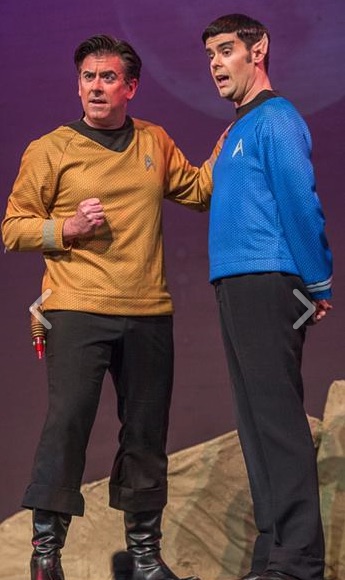 Opera Piccola of San Antonio was founded in 2012 by Mark A. Richter, with the passionate intent of building a nationally recognized, professional chamber opera for San Antonio.  The ...