Alice’s Wonderland by Ingrid Oslund presents a musical re-telling of Lewis Carroll’s classic tale. With opportunities for singing and dancing, this dark adaptation travels from Dinah’s School for Troubled Children down the Rabbit Hole to a world of magic and empowerment in the Wonderland Gallery. Traditional characters like Cheshire Cat and Mad Hatter merge with Alice’s Inner self and support her journey towards healing, as she finds her voice, both literally and artistically. Original music by Tyler Mabry and David DeMaris and Musical Direction by Jennifer Jennings.

Now in its 28th year, this award-winning tuition-free program rehearses and performs evenings and weekends May 27-July 27, 2019. Rehearsals culminate in a full production of Alice’s Wonderland by Ingrid Oslund, presented to the public over two weekends.

Students of any ethnicity, heritage, gender, disability, or economic background, and students of all experience levels are welcome to audition for a select ensemble of diverse youth that will train together as they rehearse and perform this remarkable new play. Adult theatre professionals mentor students in all aspects of theatre including acting, design, technical theatre, and publicity.

Sponsorships and community donations support these tuition-free opportunities for youth. Please contact us about how to help support the cost for each student. Summer Youth Theatre is also funded and supported in part by VORTEX Repertory Company, a grant from the Texas Commission on the Arts, and by the Cultural Arts Division of the City of Austin Economic Development Department.

ABOUT THE VORTEX’S SUMMER YOUTH THEATRE

For several generations, SYT has provided high-caliber theatrical productions to Austin audiences as the jewel of VORTEX’s community engagement. The Austin Chronicle named SYT “Best Theatre Program that Treats Kids like Grownups.” Nominated for dozens of local awards, SYT has received B. Iden Payne Awards for Outstanding Production of a Play for Youth for The Commedia of Errors and Machinal, Outstanding Direction of a Play for Youth for The Commedia of Errors, The Physicists, Moby Dick, and The Frogs, Outstanding Acting for The Physicists and Moby Dick, and Outstanding Sound Design for Machinal. Every year, students work with adult artists who are among Austin’s most celebrated theatre professionals. Producing Artistic Director, Bonnie Cullum, who founded SYT in 1991, was inducted into the Austin Arts Hall of Fame in 2009.

Gabriel Maldonado has been part of The VORTEX family for 25 years. He came straight from Texas State University, where he received his BFA in Acting and began working on his first project, As the Beaver. From there, he went on to become a Company Member, as well as a director and choreographer. He previously directed SYT productions R.U.R. and School for Scandal and appeared as an adult guest artist in SYT’s It Can’t Happen Here and Vitriol and Violets. Gabriel appeared in all five Elementals: SPIRIT, EARTH, WATER, FIRE, and AIR. He’s been in many award-winning shows including Wake for the Dark Poet, Troades, Belle, Atlantis, and Performance Park. Gabriel was nominated for B. Iden Payne Awards for his work in Trickster as The Monkey King and as King Koray in :Humpty. Other favorites include Norm L., The Bridge Burner, Oceana, and Beirut. Gabriel developed the role of Salvador Dali for Salvador Dali’s Naked Feast.

Ingrid Oslund is a queer, feminist theater maker with the goal of creating bold, innovative experiences that excite and challenge audiences. As a director, choreographer, playwright, and teaching artist in the Boston area, she has worked with many demographics making theater in unique settings, such as an abandoned City Sports, and a corporate office building mid-construction. She has participated in developmental labs at Broadviews on Broadway’s Summer Fresh Festival as an emerging Writer/Director, is a Playwriting Fellow at Company One in Boston, and is a proud member of the Stage Director and Choreographers Foundation Observership Class of 2018-2019.

We conjure and navigate the storm of imagination with urgent, unashamed art that dares to dream the world in which we want to live. This magic emanates from our cultural harbor, embraces diverse communities, breaks down barriers, and opens channels for vital exchange. 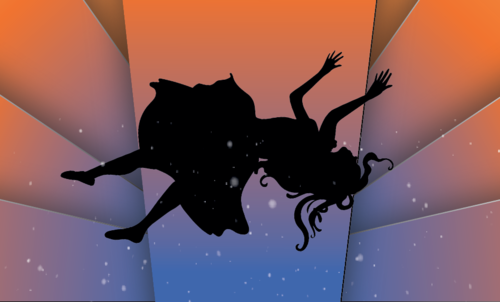