The Mystery of Erwin Drood
by Austin Playhouse

A Tony "Triple Crown" (Best Musical, Best Book, and Best Score). Holmes’ play-within-a-play has it all murder, mystery, and music! The audience is invited to play ultimate detective in this vaudeville-inspired whodunit musical, solving the mystery and choosing a different ending each night.​

Auditions will be held on Saturday, September 22. Please email info@austinplayhouse.com for an audition slot.

Please prepare 16-32 bars (no more than one-and-a-half minutes long) from a song that shows range and personality and is within the style of the show. Bring clearly-marked sheet music in the correct key. An accompanist will be provided. Please do NOT sing anything from DROOD or any pop/rock.

Based on Charles Dickens’ final unfinished novel, this hilarious whodunit invites the audience to solve its mystery by choosing the identity of the murderer. The tale is presented as a show-within-a-show, as the Music Hall Royale – a delightfully loony Victorian theatre company – presents Dickens’ brooding mystery.

NEVILLE LANDLESS (baritone). Neville has a very hot temper and immediately falls for Rosa Bud. He is the main suspect after Drood’s disappearance. Played by Victor Grinstead, the newest member of the Music Hall Royale.

THE REVEREND CRISPARKLE (tenor/baritone). The sweet and kind minister at Cloisterham Cathedral who watches over the Landless twins. He once was in love with Rosa’s mother. Played by Cedric Montcrieffe- a character actor of the Music Hall Royale.

DURDLES: (baritone/tenor). The drunken stonemason who inscribes and oversees the crypts at Cloisterham Cathedral. Played by Nick Cricker, the clown prince of the Music Hall Royale.

DEPUTY: (tenor/baritone) A young street urchin and apprentice to Durdles. Played by a relative of Nick Cricker who is just starting off in show business. The youngest member of the Music Hall Royale company.

EDWIN DROOD (mezzo soprano). John Jasper’s cocky nephew who goes missing on Christmas Eve. He has been engaged to Rosa Bud since they were very young. Played by the quite temperamental Alice Nutting- London’s premier male impersonator.

LADIES AND GENTLEMEN OF THE ENSEMBLE: Townspeople, opium den customers, dancers, servants, police, street vendors, mob, etc. All ensemble members require a great deal of improvisation as they are responsible for joking with the crowd to warm them up and for tallying the hand votes for their designated section of the audience. 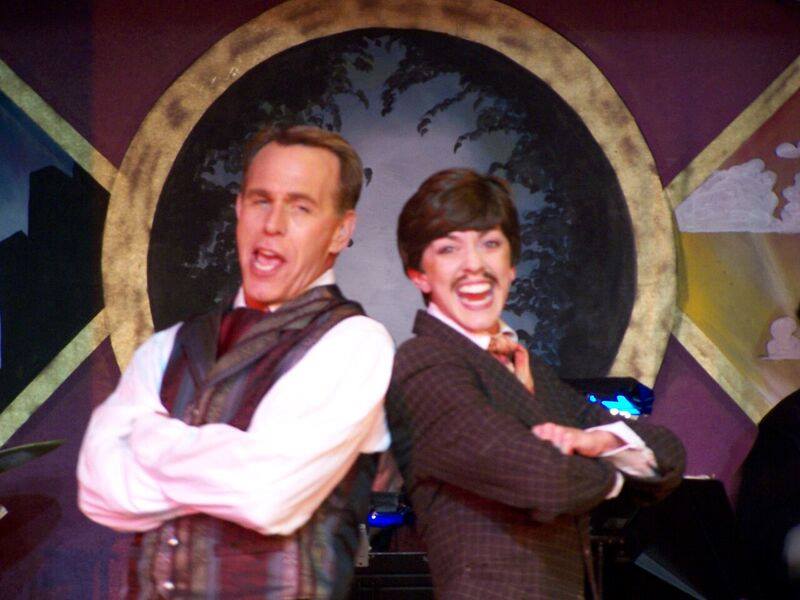