The Understudy
by Southwest Theatre Productions

Franz Kafka’s undiscovered masterpiece in its Broadway premiere is the hilarious and apropos setting for Theresa Rebeck’s exploration of the existential vagaries of show business and life.
This biting comedy tackles the insider world of b

ig-budget Broadway productions, where talent is less important than buzz. Harry is a journey-man New York theatre actor, brought in to understudy the buffed, charismatic movie star, Jake. Roxanne, the stage manager with secrets and dreams of her own does her best to keep the actors on track, but rehearsal is fast becoming out of control between the bickering actors’, the never-present light board operator and her own past.
Directed by Joni Lorraine

Roxanne :(30's-40's)She is the stage manager of the show and running the rehearsal. Usually smart and competent, she becomes completely overwhelmed by the verbal sparring between her two actors and the unexpected return of the man who broke her heart. She finds herself communicating with sarcasm, swearing, and occasional outbursts of hysteria.

Harry: (30-40’s)) Harry is the understudy. And although he is smart, witty and a good actor, he thinks he is smarter, wittier and a better actor than anyone else. He has strong opinions about everything and quite a chip on his shoulder although he does care more than he pretends to even though he resents being an understudy. He is appealing and attractive but not as much as Jake.

Jake: (30's-40's) ) A buff, tough, second-tier Hollywood movie action hero making his Broadway debut. Always has his cell phone on to take the frequent calls from his agent during rehearsal. He appears a bit shallow but very clear about the business of Hollywood and a canny observer of those around him. He is honest, fair. 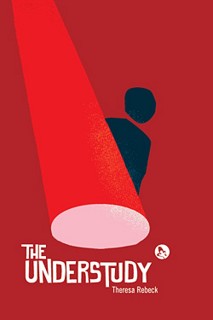